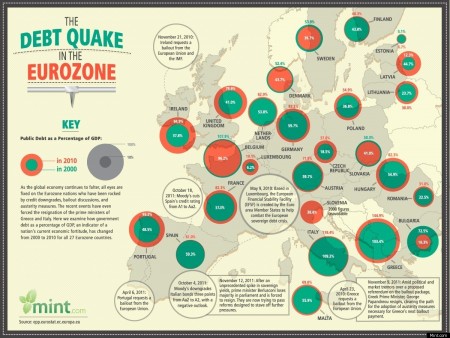 The European Debt Crisis, from Mint.com

In North America we’ve been hearing a lot over the last months about how the European Union is crumbling under the weight of its long-term debt, an obligation driven in part by commitments to environmental and social programs. But is there more to the story than the headlines suggest? We think so. It seems that the US and Canadian press (not to mention the Economist) prefers a world where there are no social programs and where the people who inhabit cities are there only to consume more oil and gas. Sustainability? Humbug. Forget about a “Life worth living,” people just want to survive.

Don’t get us wrong. MESH Cities believes in open, free markets. We have seen the power ideas and capital have to change the world for the better. That’s why we are enthusiastic about the evolution towards efficient, intelligent cities. We believe that well-considered urban environments are where people will come together to innovate solutions to the world’s big problems. But it will happen only if public and private realms work together. There is a place for good governance, a place where planning goes beyond the next quarterly report.

Which leads us to tell you about a small publication we came across called, “European Energy Innovation.” For a region of the world supposedly crumbling under the weight of financial mismanagement, the EU seems to be involved in a lot of innovative projects that just might save the world. EEI explains some of them. The general theme connecting EEI’s stories is that the economy works best when people live in sustainable, enjoyable communities. This shouldn’t surprise anyone.

One of our favourites is titled, “Ambitious Danes show will to be world no 1 with new energy plan.” And they mean it. Under the mission statement and call to action, ‘Join the future. Think Denmark,’ the Danes are transforming their economy from the ground up. Dirty energy use is down. New industries are growing. They even have a government minister responsible for “Climate, Energy, and Buildings.” Talk about forward thinking. 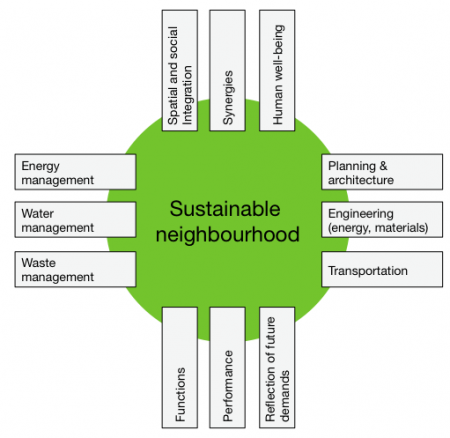 With crisis comes the opportunity for change. Comfort zones are left behind. New havens are found, or built. So, is the EU debt crisis a threat to our stability?  Absolutely. As long as that stability is based on old-world thinking that is.