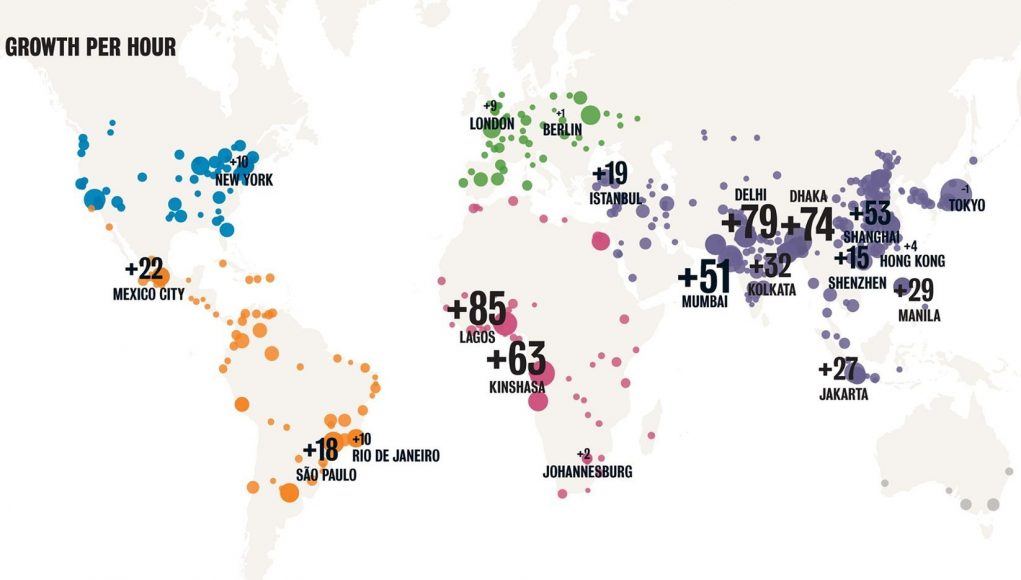 If designers, planners, and administrators are to succeed in shaping a grand design for the cities of tomorrow, they can’t rely on the same outdated tools and methods their predecessors used. That’s because answering 21st Century threats like population growth, climate change, joblessness, and technological disruption—to name just a few—will require solutions equal in power to the problems they face.

The job won’t be easy because cities resist simple fixes.

Even pre-digital cities are complex systems; arguably the most intricate machines humankind has ever created. It is foolish to believe technology alone can be a panacea for all their shortfalls. That’s why so-called smart cities don’t offer full solutions to the challenges before us. We’ll also need designers and policymakers who are familiar with the strengths and weaknesses of smart city tools to play a guiding role in their adoption. They’ll help us avoid the mistakes tech companies like Facebook, for example, have made by underestimating the demand for user privacy in a digital world.

Informed policy decisions are critical to our overall design efforts because technologically based city fixes alone were tried before and failed, but not for the reasons people think.

Buckminster Fuller, for example, wanted to solve the post WWII urban housing crisis by getting the construction industry to adopt state-of-the-art manufacturing technologies. But his efforts hit a wall built of change resistant policies. Regulators thwarted Fuller’s doing-more-with-less based solutions because they decided that the need for employment trumped the need for faster, more efficient house building.

Fuller experienced first hand a mostly unspoken yet pervasive economic policy: that cities must be inefficient in order to provide jobs for unskilled labour. That position has remained a structural part of Western consumer economies ever since. Adhering to that view led to an artificial scarcity of housing and slow, unresponsive city governance.

If our economic systems are dependent on inefficiency-fueled employment, how can modern city designers adopt more efficient tools without ending up like Fuller did—frustrated by having innovations that cannot be used even when responding to an urban crisis?

The answer to that question is an interesting one because the conditions that foster innovation have evolved since Fuller’s era.

Remember that, thankfully, the world of 2018 is a different place than the world of 1950. After WWII the global literacy rate was at about 35% (www.ourworldindata.org). Now it is nearing 90%. The kind of jobs the world needed then are not the ones needed to build an economy with today. A literate world population is better able to transition to the knowledge-based economies successful cities depend on.

It is important to consider as well that ubiquitous literacy is a stepping-stone to the general adoption of capital markets that drive innovation. And when that level of general literacy also leverages the internet—a knowledge amplifier—we end up with a recipe for what the late economist Joseph Schumpeter called the “creative destruction” of outdated economic structures.

What’s the relationship between design, capital, and disruption in the age of smarter cities? The digitally driven, disruption economy focuses on those sectors where a commercial incumbent’s resistance to change can be overwhelmed by unmet consumer or business demand. Look at former photography giant Kodak or phone-maker Nokia as examples. Disruption driven corporate flameouts are swift and unforgiving.

If you’ve got enough work experience you’ve seen it happen. In today’s digital world creative destruction is where computers, algorithms, and robots do the work people once did. Now it is the city-building industry’s turn and the walls of policy resistance Fuller crashed into are collapsing. 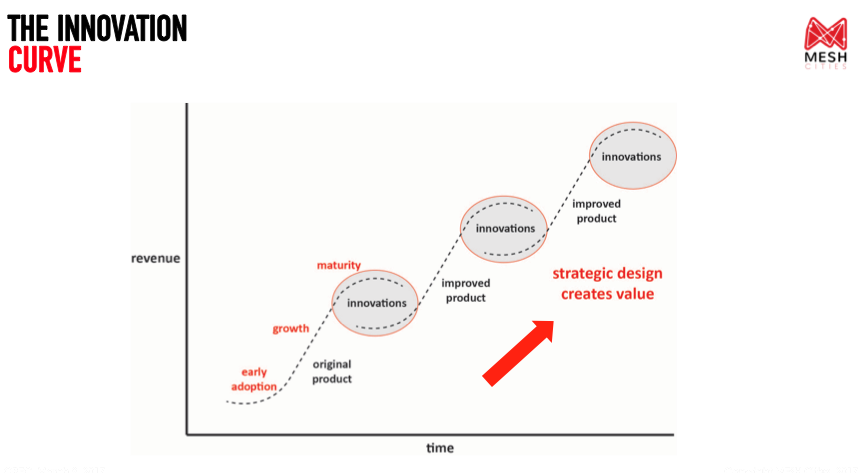 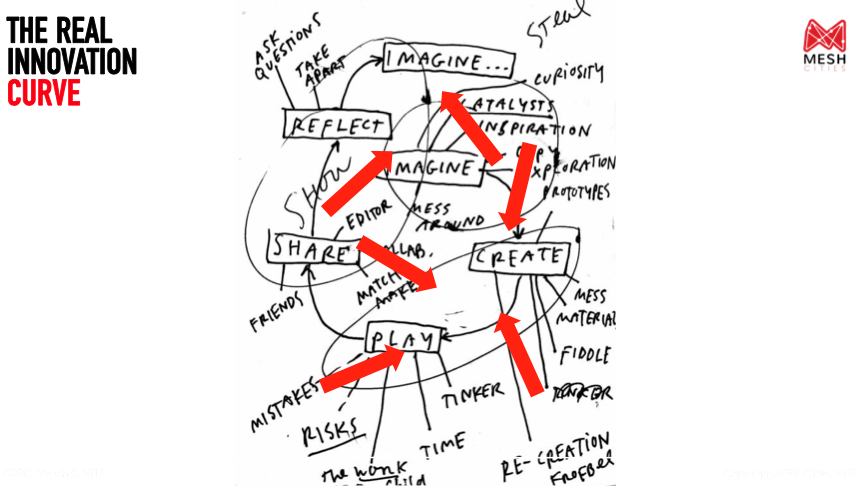 Here’s a major reason why.

The destruction, or in more palatable terms disruption, of stagnant industries is fueled by vast amounts of capital investment deployed in a kind of statistical market lottery. It works like this:

Venture Capital firms scan for market segments that attract technology driven startups. They then invest money in as many of those viable startups as possible assuming profitable exits for about one in ten of them.

Those one in ten firms cover the VC’s initial investments but they also position the VC firms for a bigger lottery prize: the so-called unicorn company. Unicorns are the Facebook, Google, Uber, AirBnB-like businesses that go from startups to $billion companies seemingly overnight. The return on investment in a unicorn’s success can be almost infinite so the motivation to pay and play is high.

This disruption is accelerated in well-informed capital markets.

Looping back to part one of this essay, if Houssmann’s Paris is the byproduct of a 19th Century collision of changing capital structures, new engineering expertise, and political upheaval, then 21st Century cities face even greater challenges that will fuel their reinvention, especially given the hybrid power that capital and new technologies have to disrupt outdated systems.

It’s not just money and technology that will force cities to change.

Take a look at the chart at the top of this article. There soon will be more than five billion people packing into cities bringing along with them a crush of social and logistical challenges. And all those new citizens will need employment just as billions of self-learning, agile robots begin replacing the once protected city-building jobs. That’s at the same time altered global weather patterns continue to weaken vulnerable food supply chains.

The collision of these and other massively disruptive forces will reshape our cities—whether we’re ready for it or not—just as 19th century pressures transformed Paris. That’s where the digital city, or more accurately the MESH city, can offer policymakers a structural damper for the coming shock. In fact, we argue that properly empowered, MESH City designers will forge new solutions for cities, succeeding where Fuller didn’t.

How will it work?

First, think of a MESH city (Mobile, Efficient, Subtle, Human city) simply as a place where information and automation enhance the quality of a city resident’s life, not diminish it. This is the “Do no evil” (thanks Google) mission statement modern city’s need to shape their long-term, comprehensive design strategies. If all design decisions (and, for that matter, all operational decisions) adhere to that mission then there will be fewer Facebook-like missteps as cities reinvent themselves.

For example, cities face housing shortages because development cycles are too slow often due to regulatory constraints and internal change resistance from incumbents. So the quality-of-life-enhancing city has to rethink the systemic roadblocks that impede building sector innovation. Instead, civic leaders must unleash the transformational power design innovators like developers, architects, and planners offer. If set free, MESH-enabled designers will respond to modern city challenges with innovative tools, including embracing the currently anxiety producing power of Machine Learning and AI powered robots.

We think that’s the general idea behind Google Sidewalk’s waterfront development in Toronto, but we’re not convinced yet that their approach will be the right one.

In any case, while some fear that the relaxation of job-protecting policies will cause unemployment, falling tax revenue, and social unrest, the opposite is true: with increased sustainable development more jobs will be created—modern jobs that take on real housing and city management problems while consuming fewer resources in the long term (think up-cycling as a key focus here rather than one time consumption of non-renewable resources). 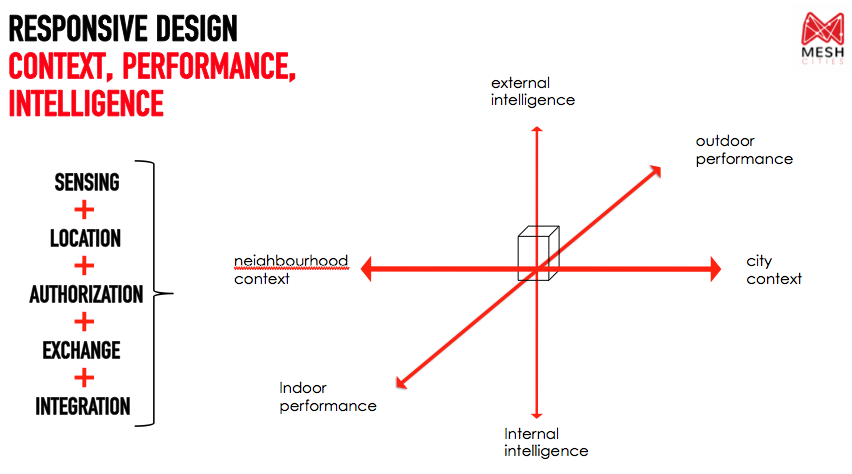 Why will this tactic work?

Let’s look at a market sector where relaxed policies increased prosperity. The beer industry is big and for health and safety reasons it is highly regulated, just like the city-building sector. In the US alone its 2016 revenues were $107 billion. In 2001 the US had 27,000 people employed in the industry working primarily for five large brewing conglomerates. Seventeen years later there are 70,000 employees employed by more than 5,000 firms.

What happened? What was the genesis of this expansion?

According to Derek Thompson of The Atlantic, it was the legalizing of home brewing by a 1978 Act of Congress that fueled the industry’s renaissance. Loosened regulations stimulated experimentation on new beer types and brewing methods leading directly to the Craft Beer market explosion. Rather than these new approaches decimating beer-related jobs in the US, employment has almost tripled. What’s more remarkable is that in 2016 these once upstart Craft Beer companies alone contributed $68B to the overall US economy. And they are continuing to excel, outperforming the entrenched beer producers on a year-over-year basis.

The insight we can take away from the Craft Beer/City comparison is this: offering people and cities better designed products drives innovation. When a market isn’t prepared for change regulation is important, but knowing when to allow positive change is a pivotal part of the policymaker’s role. Restricting choice and over-regulating markets just helps the entrenched incumbents benefit from inaction. In a world where cities face existential threats do we have the luxury of repeating the regulatory mistakes of Fuller’s era?

Cities are to craft beer companies in terms of scale and potential for innovation what aircraft carriers are to rowboats. The opportunities for new ways of doing things in cities are limitless. To put the market in context, the building sector drives more than a $1.2 trillion a year into the US economy. How much economic value-add can result, and how many problems can be solved, if we unleash designers, architects, and developers to take on the big challenges cities face? If the Craft Beer market offers insight into the problem then it must be that the potential is vast and should be explored.

Think of MESH City strategies this way. Rather than investing precious civic resources in maintaining outdated approaches that stifle innovation, why not try using them to explore an array of new urban solutions. Some will fail, but others will succeed—spectacularly. That process will increase employment across the social spectrum while giving our cities the resilience they’ll need to face the challenges of tomorrow. We just have to be willing to change our ways of thinking about the problem and abandon 20th century ideas in the 21st century world.

(Note: MESH Cities keep guidelines around congestion, pollution, personal safety, etc., that protect urban dwellers from needless threats, of course, but what a MESH City-friendly policy does is assemble urban best practices from around the world and apply them using the most powerful analysis, design, and building tools available today.)