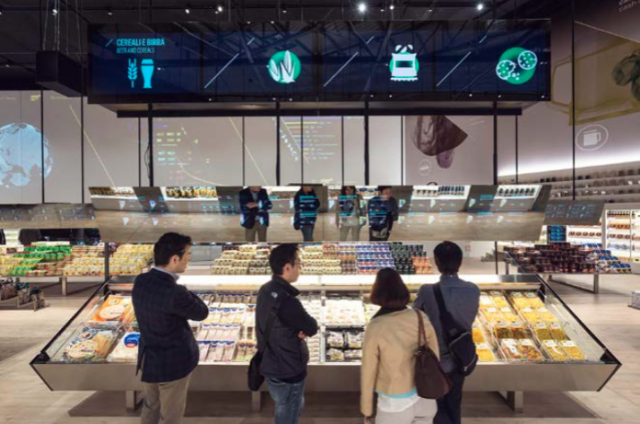 At the beginning of the ubiquitous robotics revolution, the city is confronted with one of the key dilemmas of its multi-millennial existence – of either embracing transience and responsiveness or, instead, perpetuating a sense of timelessness as a collective attempt to counter the inevitable passing of time. Robots have the power to change our relationship with the built environment and potentially even with our bodies witness the recent discussion of devices for the quantified self. But will they be able to do it?

The interesting aspect is that we do not need to move bricks to move our cities. We can imagine that, from an architectural point of view, the robotic city of the future will not look very different from the city of today – much in the same way that the Roman urbs is not all that different from the city as we know it today. In any case, it will be able to retain its character of permanence. It will always have horizontal floors for living, vertical walls to separate spaces, and exterior enclosures to protect us from the outside – such “fundamentals”, celebrated in Rem Koolhaas’s 2014 Venice Biennale, are unlikely to change. The key elements of architecture will still be there, and our models of urban planning will be quite similar to what we know today. What could change is our way of experiencing the city through ubiquitous robotics.

However, the impact might be increasingly forceful at the soft edge – the interface between humans and “bits and bricks”. Technologies are shrinking and even vanishing from sight, gently suffusing our buildings and cities with their effects. Thanks to this discreet robotic revolution, the soft edge is acquiring a character of dynamism and responsiveness that was barely conceivable in the past. In the near future, despite being unchanged in much of its physical traits, a building might well be animated to something resembling life, becoming a direct, immediate extension of our own character and desires.

The art historian Oleg Grabar once said: “Good architecture is always meant to be an invitation to behave in certain ways; it always adorns life […]. Without it, life loses its quality. Architecture makes life complete, but it is neither life nor art.” This statement was based on the historic distinction between architecture itself and its host. But this may be about to change. We now see architecture as an extension of our “post-human” condition: the dramatic departure from pure organic life and the possibilities of extension to the body and brain offered by prostheses, networks, and avatars – with our mobile phones always in the foreground. Authors like Donna Haraway and Antoine Picon have mobilised the figure of the cyborg to characterise the growing dependence – a dependence close to a coproduction – of man on technology in contemporary society. In this robotics-driven living experience, buildings will not appear as pieces of machinery or equipment, but rather as extensions of the lives of the subjects who inhabit them. They will provide environments in which more and more dimensions will be customisable, engaging our senses and resonating with our moods.

Robots may not transform the core of our buildings – but they will certainly change the lives inside of them.