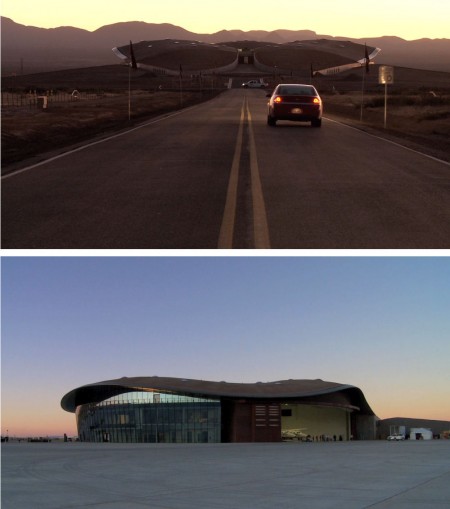 Last week Richard Branson and Foster+Partners opened the world’s first commercial space port in the New Mexico desert. Part of Branson’s push to be the first to offer flights into space for consumers, albeit very rich ones, the space port opens a discussion about the benefits advanced technologies like this bring to the future sustainability of our planet, not to mention the role they play in building MESH Cities. Many argue that the commercialization of space is a distraction from the really important issues facing humankind. How does taking people into space for half a million dollars or so benefit anyone here on an increasingly precarious earth?

The innovator and techno-environmentalist Buckminster Fuller offered this answer: Getting people into space and sustaining them there demands that we design complex, new technologies that allow us to do more with less. The word he coined to describe that process was “synergetics.” Fuller may have maintained that Branson and Galactic designer Burt Rutan are creating new tools that can be adopted to solve real-world, terrestrial challenges. In the sixties and seventies he said that the Apollo program’s investment in computer technology would change the world. He was right. Without that investment the Internet and intertwined mobile communications systems as we know them today would not exist. For that matter, the complex green energy production and distribution networks now shouldering an increasing part of the world’s energy demands would fail without the research into integrated circuits, communications systems, and advanced composite materials the space program spun off. 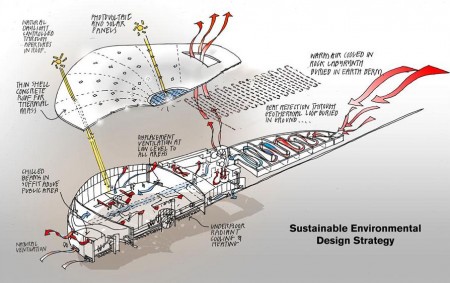 The space port designed by Foster+Partners is another example of sustainable design driven by advanced technologies. Its LEED Gold systems include solar voltaic and solar panels along with a reverse geothermal system that dissipates ambient desert heat into the ground below the building.