MESH Cities
Home Uncategorized What Does MESH Stand For? 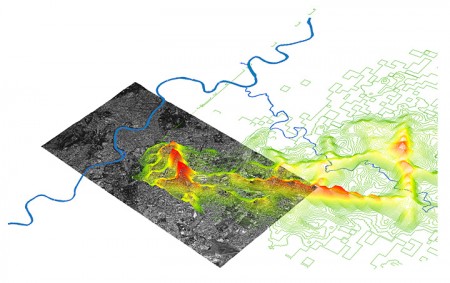 What does the MESH in MESH Cities stand for? We’ve answered that question for the editors of Spacing Magazine in a short essay for spacingtoronto.ca. It is published today. Here is how it is explained:

Whatever you might think about a computer-driven modernity, MESH Cities are not just smart cities. MESH Cities go beyond the management of infrastructure to the heart of what makes cities worthwhile—their livability. Metaphorically, MESH Cities are the offspring of an improbable marriage between Jane Jacobs and ubiquitous city computing. Their kids, in this context, are named MESH: M=Mobile, E=Efficient, S=Subtle, H=Heuristics

The term is one our editor, Robert Ouellette, coined, but it is influenced by researchers and practitioners going back to Teilhard de Chardin’s ideas about the Noosphere, Buckminster Fuller’s synergetics, and many, many others. We would also like to thank our colleagues at Toronto’s Mesh Conference for their exploration of all topics related to how the Net changes things.

Here is a further elaboration of the acronym:

MOBILE: Mobile devices and the networks that support them are the essential ingredient to the mix. They provide the bottom-up, real-time information conduit that informs us what is right or wrong about our city. MIT’s SENSEable City Lab graph of the real-time use of mobile devices in Rome for the 2006 Venice Biennale seen above illustrates how much information is being generated at a given moment.

EFFICIENT: At its heart sustainability is about the efficient use of resources. Information that is accurate and definitive allows us to measure, for example, just how much energy we are using at a given time. Who was it who said, “If you can’t measure it you can’t act on it?”

SUBTLE: This is the component of MESH Cities that is most critical to the day-to-day use and enjoyment of modern cities. Any system adopted by city administrators must not overwhelm city users. In fact, the more invisible and non-intrusive a system is the better it will serve its goals. For example, the more effective and anticipatory a transit system is the more it will be “invisible” to its riders. Behind that invisibility, however, is a extremely complex interweaving of technologies and algorithms running full speed so users don’t have to.

HEURISTICS: This is the systemic advantage true MESH Cities offer to the evolution of city use and one that is not considered in the normative smart city discussions. MESH Cities use adaptive, citizen-focused, self-forming networks to learn and inform new design solutions. This is the major reason why there has been an exponential shift in the speed of city design, especially in emerging economies where existing infrastructure does not get in the way. What are your thoughts on MESH Cities? Let us know.