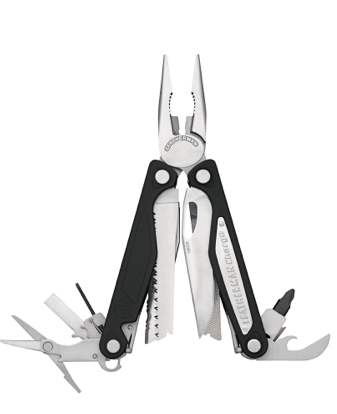 When a project goes off the rails poor craftsmen, as the old saying goes, blame their tools. But what if the workers’ tools are no longer up to the job? Who takes responsibility then?

It is easy to find examples of tool sets that, frustratingly, have not kept up with a changing world. The tools city planners use are a good place to start.

Planning today’s ever-growing cities is a difficult if not impossible job. Civic governments everywhere are overwhelmed by the tsunami of global urban growth because their planning tools are, at best, 20th Century artifacts in a 21st Century world. Add to that problem a skeptical citizenry tired of empty promises for a better tomorrow, and you have the makings for widespread urban dystopias.

A new breed of planning entrepreneurs is taking on the tool-building challenge with smart, digitally driven services meant to reinvigorate our old planning tools—if not replace them altogether.

It is a given that complex urban planning problems can only be tackled by understanding data. Smart Cities or Connected Cities are the way Information and Communications Technology firms like Cisco or IBM describe how all that information can come together in a unified whole. But while these mammoth companies know how to build big, expensive hardware they lack a finer understanding of the challenges faced by planners working in the urban infrastructure trenches.  Anyway, do we really want computer and router suppliers designing our cities?

Smaller, nimble companies founded by people from the planning sector, on the other hand, are responding to the challenge of how real people deal with massive urban change.

One such firm—Urbanflow Engine—offers user-friendly visualization systems that make the hard analytical work of city planning seem easy even when it isn’t. Based on research started at MIT, Urbanflow brings sophisticated A/B scenario testing to the world of planning and infrastructure investment. And their software as a service model means users don’t need advanced computing degrees to get results.

Over the last two years UFE researched and developed state-of-the-art simulation and modeling technologies dedicated to helping planners better understand cities. The founders figured out how to visualize flows of people, products, and vehicles in complex urban environments. After all, cities are the ultimate mashup of roads, power grids, transit, sewers, services, and people—lots of people. Using the UF Engine policymakers can get a handle on the functional complexity of their cities then move on to other problems like surviving politicians elected to both cut costs and build livable communities (MESH Cities authors leave you to think about the contradiction).

One difficulty with existing urban planning tools is their use of old school spreadsheets that lack spatial visualization capabilities. If you have ever been asked to understand 500,000 lines of Excel data you know it is not an easy task. UFE has a better solution. Its builders recognized the importance of spatial analytics when it comes to planning, especially when there are limited human and technical resources available to city decision makers. With a system that makes it easy to both understand and share information with planning stakeholders, solutions like this one get the message out to your city’s ultimate super-users—taxpayers.

Who needs Big Blue? Take a look at Urbanflow’s video.