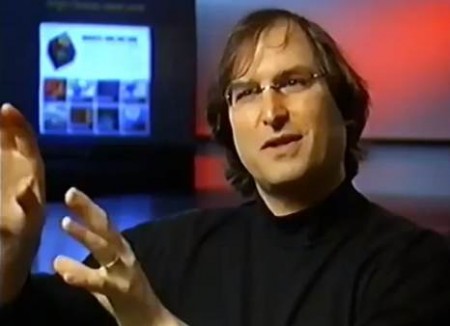 If you haven’t had the opportunity to view this video put down your iPad, iPhone, iMac, or any other work tool you’re lashed to and watch it now. The Lost Interview offers a glimpse into the history of personal computing courtesy of the person most responsible for defining, not to mention living, its culture.

I met Mr. Jobs one year in the mid nineties as a MacWorld Conference faculty member at the Moscone Center in San Francisco. It was a brief encounter, but everyone in that massive building stopped what they were doing to have the chance to listen to Jobs. Even before bringing Apple back from the brick of bankruptcy he had the star power of a John Lennon. Jobs made an impression.

This 1995 interview is a candid, surprisingly honest one hour exploration of the person who was Steve Jobs–good and bad. Jobs’ had insight into something most people in every profession forget: the reason why we create. He understood that the act of creating anything is an ongoing response to the challenge of being human. In this interview Jobs credits this understanding to his “hippy” roots. There is more to him than that though.

He surrounded himself with the brightest people, taking the best and spreading it around “so that everybody grows up with better things.”

Now that is a mission statement worth building cities for . . .