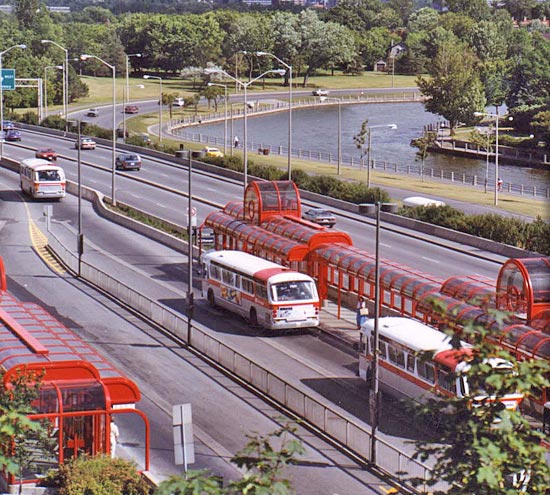 My father-in-law is one of the foremost world experts on the deployment of relatively low cost, efficient, urban transit systems. He was responsible for, among others, Ottawa, Canada’s OC Transpo system—an elegant transit solution long admired and replicated by municipalities around the globe.

John would be among the first to tell you that deploying large scale transit solutions is as much about the politics of civic engagement as it is about solving complex engineering problems. Given my own experience with the TTC Challenge initiative—kicked off through an open letter to then TTC Chair Adam Giambrone via Readingtoronto.com—I’d support that view.

When a city is thinking about spending a $billion of taxpayer money on transit, well, don’t be surprised if there is a lot of scrutiny around where that money is going. People need to know that their best interests are considered when politicians get together with big business to build expensive systems that will last generations.

In today’s hyper-connected world, however, information and communications challenges are amplified due to the real-time linking of the general public into issues once considered the domains of a privileged few. Politicians are often paralyzed like a deer on a midnight highway when they notice the digitally-driven high-beams of public attention cascading down on them. Some are so put off by this new transparency that they try to change the rules of the game so they don’t have to change the way they do things.

Others, on the other hand, embrace the new rules and put on their Linus Torvald thinking caps. Torvald, if you remember, was the innovator of Linux OS and famously said, “given enough eyeballs, all bugs are shallow.” An elaboration of that quote and one more in keeping with big cap, community-centric involvement goes: “Given a large enough beta-tester and co-developer base, almost every problem will be characterized quickly and the fix will be obvious to someone.”

And therein is the opportunity offered by truly MESH Cities. In sufficiently networked, complex urban environments boasting a lot of capable, intelligent people, everyone becomes a beta-tester. Our challenge as administrators and developers is to build out the Open Data systems robust enough to handle the complexities of managing their feedback.

Think of the challenges faced by a city like Toronto when launching its Transit City scheme. In engineering terms the transit problem is not that complex. What is complex, however, is getting the community support needed to make the transit plan a reality. In fact, when the mayor behind the Transit City scheme left office his replacement immediately cancelled his predecessor’s vision for a unifying transit network in spite of years of work and hundreds of millions of dollars spent. Seriously. You can’t make this kind of spiteful plot twist up.

In MESH Cities of the future where people are integral part of the transit planning process, that 180 turn would not be possible. Why? For the simple reason that enough of the city’s population would believe they had a part in the decision making.

What tools are waiting to be invented that will make that kind of community involvement a reality? Let us know your ideas. In fact, add them to our map.meshcities.com database or input them using the Meshcities iPhone App. Cities of the world are waiting.