MESH Cities
Home Smart Cities have Great Governance Sennet: No One Likes A Too Smart City 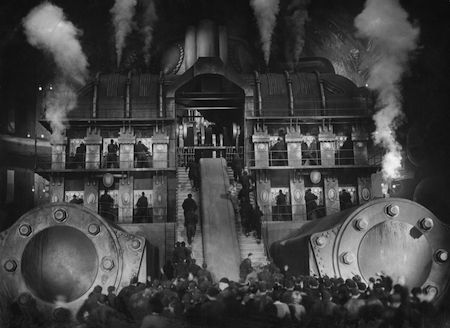 New York University luminary and urban theorist Richard Sennet offered his views on Smart Cities in a recent Guardian article. Penned in anticipation of the Urban Age Conference in London, Sennet concluded that Smart Cities advocates may, in their enthusiasm, be making the same mistakes that cursed mid-20th Century “scientific planners.” Their mistakes fuelled the reactionary rise of one Jane Jacobs (my words).

The history of cities illustrates he may be right. Making your city too smart can be as bad as not making it smart enough.

Why is that? Cities are remarkably complex organisms. The best ones achieve that rank for a host of reasons—many of which are not fully understood. So to build a city from a green field and call it smart may be like saying one’s newborn child will be a genius. As much as you would like it to be true, time—not to mention nurture and nature—will tell.

Imagine that you are a master planner facing a blank computer screen and that you can design a city from scratch, free to incorporate every bit of high technology into your design. You might come up with Masdar, in the United Arab Emirates, or Songdo, in South Korea. These are two versions of the stupefying smart city: Masdar the more famous, or infamous; Songdo the more fascinating in a perverse way. . .

But a city is not a machine; as in Masdar and Songdo, this version of the city can deaden and stupefy the people who live in its all-efficient embrace. We want cities that work well enough, but are open to the shifts, uncertainties, and mess which are real life.

It is keeping a city plan open to those shifts and uncertainties, Sennet reminds us, that allows chance to take it places that are socially and economically beneficial, but never imagined by city officials.

MESH Cities as opposed to Smart Cities use new technologies to make city services more efficient on the one hand, but they also allow us to fast track through the iterative process of user inputs and desired change on the other. Sennet gets the distinction:

A more intelligent attempt to create a smart city comes from work currently under way in Rio de Janeiro. Rio has a long history of devastating flash floods, made worse socially by widespread poverty and violent crime. In the past people survived thanks to the complex tissues of local life; the new information technologies are now helping them, in a very different way to Masdar and Songdo. Led by IBM, with help by Cisco and other subcontractors, the technologies have been applied to forecasting physical disasters, to coordinating responses to traffic crises, and to organising police work on crime. The principle here is co-ordination rather than, as in Masdar and Songdo, prescription.

Smart City solutions work best when applied to existing cities that are constrained by the challenges of growth, a reality conurbations will face in the coming decades. In fact, the smartest thing about Smart Cities is that they offer the potential to let individual citizens do more with less. It is the ability to empower citizens that is the underlying strength of Smart City ideals.

As the growing wave of urbanism breaks over us, citizens will need all they tools they can find to ensure their communities remain livable. We are sure Sennet would agree.