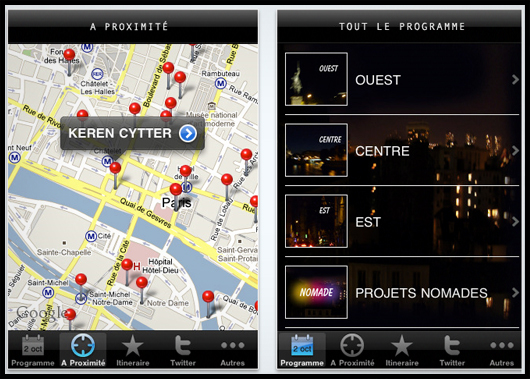 Black, October night mashups of a city’s art treasures with a million people shouldn’t work, but do. The wildly popular Nuit Blanche movement turns cities into “one giant performance and carnival venue,” that thrill participants as they navigate the normally hidden culture of a city. One reason the events work so well is that, since the rollout of GPS-enabled smart phones, people can safely walk forgotten parts of the city, share surprising discoveries in real time, and be part of an almost organic, some would even say writhing, social happening. For Nuit Blanche smart phones are the ultimate enabling tool.

Those same phones are enabling cities and their users in other, more permanent, ways too.

In 2015 alone one billion new smart phones will be put in the hands of mostly city dwellers. That means more than one in seven people living on the planet will be linked in real time to the Internet and, by extension, to each other. How smart are those smart phones? Those one billion devices will have more processor power than all the personal computers delivered since the first Apple computer appeared back in the 1970s. And that’s nothing. According to Moore’s Law, the processing speed built into the next generation of mobile CPUs will be twice that of today’s phones. In that time another billion or so of even smarter phones will be delivered with no end of accelerating consumer empowerment in sight.

Where will it end? 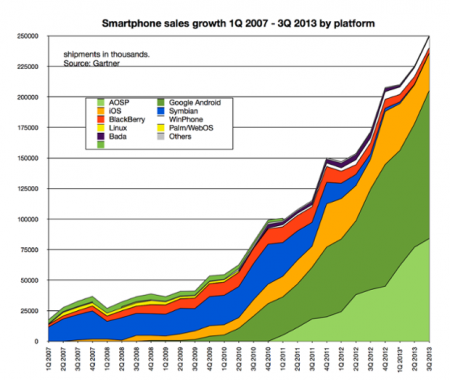 Cities will have no choice but to respond to and learn from their digitally super-powered citizens. To start, the change will be messy. So many entrenched city services and physical businesses will be disrupted that there is bound to be a massive systemic backlash. Look at what is happening to energy markets for one example of reaction to technological change. Clean, disruptive-to-the-old-order, green energy is causing coal, oil, and nuclear providers to do everything they can to hamstring the power supply revolution. But in spite of the loss-leader tactic of recent oil pricing, change is coming. Ask the people in Northern Europe—where up to 60% of their daily electrical demand is satisfied by green sources—what disruptive change can do to the status quo. Change happens. When that change is for everyone’s good, it happens faster.

We’re already seeing cities twitch in reaction to the exponential growth in digital mobility. Services like taxi-alternative Uber or transit provider Bridj—along with an array of hyperlocal car rental offerings from BMW, GM, Mercedes, and Toyota—are just beginning to prod the sleeping city giant. Soon everything will be Uberized. Online services like Airbnb are slashing hotelier profit margins. Digitally connecting unused, private rooms to people needing them is so tough on hotel brands that some cities are using their regulatory powers to ban Airbnb outright.

That’s probably not a good idea. Many tourists make choices based on the cost of accommodation. If one city is competitively priced because they are Airbnb friendly, and another isn’t, which one will get the most visitors? Market value chains are being dismembered then reinvented. How will your city respond? 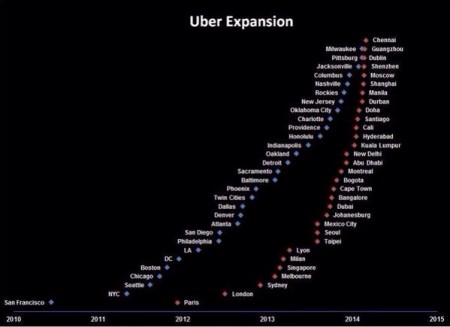 It will respond, it has to. The reason for that isn’t what you may think. Sure, city managers and policy makers will react because the mobile tech changes how they do things—from taxing residents to filling potholes. Those managerial responses aside, the city itself will respond because it too is being rewired by the mobile connectivity revolution. Cities are entering into what we at MESH Cities call the great urban symbiosis, a phenomenon as powerful an agent for societal change as the computer age or the industrial age before it.

That new symbiotic relationship between city and user is powered on the one hand by personal mobile devices, and on the other by the Internet of Things (IoT). Together they give cities a very nervous system indeed, one that is responsive to human interaction in real time because of the intelligent systems now being baked into the city DNA. That means electrical grids, street lights, water supplies, traffic lights, trash cans, swimming pools, parks, and, well, almost everything in the city that provides a function or service is in the process of being digitally enhanced: being made part of the urban nervous network.

In most cases all this new digital awareness will be more-or-less autonomous. Your city will respond to you through systems that are more like a million IP connected Roombas rather than one Big Brother, Watson-like computer looming over citizen interaction. In fact, the more open and fine-grained the system is designed to be the more it can change and adapt to our needs. We are not talking about a City singularity event—cities are already autonomously intelligent in their own way (refer to one of our previous articles here).

Open city systems become more and more efficient in an iterative way. People will determine what works for them in their local environments, and if enough users agree, the market will adapt to them. That’s where all the real power in mobility resides, in its real-time presence. Mobile devices create data sets that can be mined for insights into how cities really work, not how we think they work. 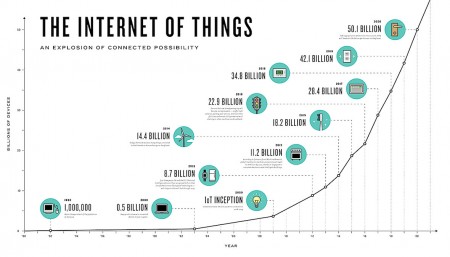 There are already more IP addressable devices on the planet than there are people.

The voting public is often confused about how cities work in a dramatically changing world. That’s why they’ll sometimes vote, as just one example, against improved public transit systems in support of more roads and/or lower taxes. People just can’t keep up with the tech-driven changes that growth curves like those illustrated above show.

When cities, exploding urban populations, mobile devices, the IoT, cloud-based services, efficiency algorithms, and clean energy overlap, well, who can tell what changes our urban centres will undergo. So you can’t blame the public for not keeping up with the change. Rather than blaming anyone, you might ask city leaders to do what they can to accept change is coming and prepare for it. Now that is change we can live with.