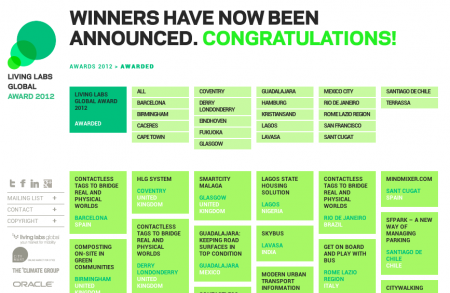 The smart cities dedicated website Living Labs Global announced its Rio Summit award winners this week. To no-one’s surprise only one North American city made the list. San Francisco’s smart street lighting by Paradox Engineering got a nod from the 200 assembled deligates.

Where were the rest of the US and Canada solutions? Nowhere apparently. The smart city or MESH City vision of urban futures still hasn’t pinged those countries’ radars in spite of the fact the rest of the world thinks this is the future of city management. Paradoxically, many of the technologies used by these cities originated in the US. Maybe the lack of attention locally is because mass urban transit remains a second class citizen in NA’s car-centric culture.