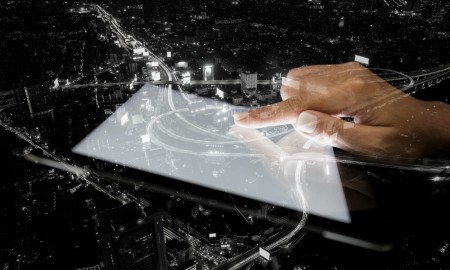 Artificial light is to the modern city what water is to plants: essential for growth. Whether that growth is sustainable or not depends on the design decisions of cities—especially when networked, intelligent lighting is involved. Do today’s municipal leaders understand how smart lighting systems will affect their cities and the people in them? In the nascent, complex world of smart city design, that’s a hard question to answer. We’d argue few civic decision-makers are aware that it is an issue worth discussing.

Networked LED lighting systems will either enhance the functions of 21st Century cities or, without care, impede them. Importantly, those same systems can also be engines of economic and social prosperity if designed in a comprehensive, strategic way. But the disruptive technologies they are built on introduce new, unexpected challenges for cities to manage. For example, not only do these systems provide light, they also are the platform technology—some might even say the Trojan Horse—of Intelligent, Internet of Things (IoT) services. Bundled with more energy efficient LED lampposts are an array of possible add-on functions that will benefit the lives of individual citizens, or impinge upon them, or both. This choice between technological opportunity or invasive threat has to be understood by designers when they set out to bring networked lighting to cities.

Bringing lighting to cities has never been easy. There are always tradeoffs. 5,500 years ago oil lamps were the high-tech solution lighting Egyptian cities and homes. The legion of slaves needed to keep their city lamps burning added a social cost to the benefits lighting brought.

Western cities waited until 1417 for London to first experiment with organised public lighting. Mayor Sir Henry Barton decreed that all houses in the city must hang lanterns on their street frontages during winter’s dark nights. More than a hundred years later, Paris too followed London’s legislative example of making property owners supply a similar crude but effective distributed lighting system.

Cities continued to grow hand-in-hand along with improved lighting technologies, but the great urban enabler, the one that allowed massive growth, was electric lighting. Driven by the need for artificial lighting to extend industrial production hours, the first electric street lights were monster-like. Giant arc lamps on aptly named “moonlight” towers beamed light down on whole city blocks. The system worked, but arc light was harsh, uneven, and difficult to use. When Edison’s invention of incandescent light bulbs allowed designers to bring task lighting where people needed it most, the 24 hour city was born. Cities haven’t slept since.

It is important to emphasize the knock-on by-products city lighting networks enabled in 20th Century cities. The electrical grids supplying those lights also fed electric motors powering everything from street cars to machine tools; refrigerators to air conditioners. The consumer-driven city bloomed. Electricity disrupted the old systems of carbon-based artificial light. As a result, people could, if they wanted to, come together at any time of the day or night to work or play. Electric light was the new communications medium, one Canadian academic Marshall McLuhan famously described this way:

The electric light is pure information. It is a medium without a message . . .

The 21st Century city, in contrast, has graduated from the electric light as medium without a message to the electronic diode that, more and more, is both medium and message in one. LED-based lighting networks will be deployed on streets everywhere and, in doing so, may just reinvent the way people connect with each other and with the institutions that govern them. In fact, modern, smart electric lighting is such a powerful agent of social change as well as technological empowerment that cities require a new managerial class just to stay on top of all the innovative possibilities. However, many municipalities have opted to bring smart city technology deployment under the control of their Chief Information Officers, and that’s a mistake.

Managers might think LED lighting deployment is just about bringing cheaper, more efficient lighting to communities. It is that, but it is also about putting near limitless amounts of networked, computing and communications technologies in front of every building—in every city neighbourhood. What are those technologies capable of? Here is a short list of functions as described by some lighting solution suppliers. 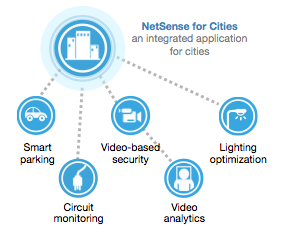 As with many early stage technology sectors, startup companies are acquired as larger companies see the long-term financial opportunities. What’s interesting to note is that it is the big connectivity and communications companies like Verizon who are stepping into the artificial lighting business. Why? Because in the IoT world lights are just one more node in a pervasive communications network.

That push towards lighting systems as a communications network—with the opportunites and threats it brings—means city CIOs have to make media-buying decisions they are not prepared for. That’s why cities need the emerging Chief Digital Officer role to ensure they “future proof” their cities for the realities of smart lighting.

We’ve discussed the CDO role in more detail here, and it is worth taking a minute to following the link.

The critical take away message from this brief introduction to city lighting is that when we discuss the topic we are not talking about those passive, flickering lights that in the last century made our neighbourhood streets safer. We are engaging in a dialogue about technologies that have the power to influence almost every facette of urban life. It is a discussion that needs careful consideration.

That’s why we introduced the concept of a MESH City. MESH Cities are:  Mobile enabled, functionally Efficient, Subtle in the way they are networked, predictive computing systems empower people, and, ultimately more Human in their livability. The MESH framework is a rough heuristic guide to the strategic design of the complex systems new technologies overlay on cities. It also offers a hat tip to the concept of MESH Networks that are self-organising and adaptive to unexpected disruptions.

We look forward to continuing the discussion with you. If you have any question please contact us. We’d be happy to respond.