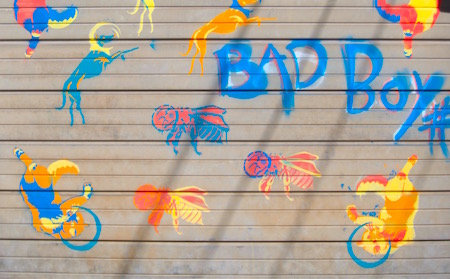 Does evolution design better than we do? MESH Cities is in an exhibit at Toronto’s Design Exchange exploring that question. It’s an honour to be exhibiting with designers like Mahtab Oskuee, Brent Cordner, Philip Beesley, Fugitive Glue, and Design Tennis. The following is a slightly extended version of the text we’ve included in the show.

Do humans design better than nature?  That’s a rhetorical question to be sure, but comparing the relationship between the ways cities are organized with the organization of the brain’s neural pathways provides this surprising answer: human designs can exhibit the elegant complexity of those created by nature.

Cities are the most complex machines humans have ever created. They don’t appear on the landscape fully formed; their designs evolve over centuries to embody new inputs and nuanced improvements their founders could never have planned. In this way cities share nature’s design approach where time and utility dictate winning or losing strategies.

On the other hand, the brain has evolved over millions of years instead of the city’s thousands. Until recently, at least, the brain was impervious to human design intervention. So when researchers discovered that cities and brains are structured in similar ways, the discussion around the relative design advantages of either nature versus nurture left the realm of philosophical speculation and entered the hard world of data science.

Modern scanning technologies provide game-changing insights into the brain’s internal organization. When researchers looked at that new brain data and compared it to data from cities, the analogous relationship between the structure of the human brain and the structure of the modern city emerged. Cognitive scientists Mark Changizi and Marc Destefano argue:

“From the perspective of the city as a whole, the materials and people that highways transport are crucial to the large-scale function carried out by the city, and are, in a sense, signals—that one signal is electric and the other physical may not matter in regards to the fundamental properties governing them.”

In other words, the researchers looked at brain data, compared that data to statistics from a number of city networks, and found that both systems exhibit the same mathematical constants behind the universal law of efficiency.

With this hard evidence in hand, we have to conclude that human design can compete with natural design—given enough time and iterations.

What happens, however, when city connectivity expands exponentially to include Internet of Everything, MESH City technologies? Will city design efficiency and complexity take the lead over what nature produces then? Time—probably a lot of it—will tell.

The two images included with this text give a hint of the analogous relationship between cities and brains One is an image of Geneva’s cell phone connections from the Ville Vivante Project, and the other is a map of the brain’s neural connections produced by the Connectome Project).