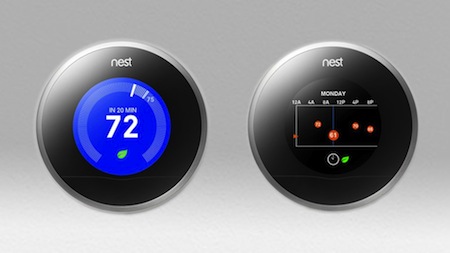 The nest thermostat is doing for architectural automation what the Mac did for computing . . .

The day after we posted part one of this essay the now economically massive, do-no-harm, Google bought nest for $3.2 billion. Whatever you may think of the post NSA revelations search engine giant, the company knows what consumers want. They bet the farm on future revenues being driven by architecture and smart technology hybrids.

That is a good business strategy. Here is why it will also influence the future of architectural design.

Think back for a moment on the history of computing. We’ve often heard the infamous line from Ken Olsen, CEO of Digital Equipment Corp. His, ” . . . no reason for any individual to have a computer in his home,” was taken out of context because he was talking about mainframes, but as a social meme it offers a direct analog to the smart city/home juggernaut some critics are just waking up to. It is easy to rhetorically celebrate the “dumb” home in an almost nostalgic way. Remember when families gathered around the hearth keeping warm while cooking meals?  The good old days. Or not.

The reality is that long before Count Rumford invented his fireplace in the 18th Century, designers have worked to make architecture, if we can paraphrase Corbusier, better machines to live in. Today’s vision on the future of homes is just part of the historical long wave of civilian empowerment (we refuse to say consumer empowerment because people and their homes are part of the civic infrastructure which is not only driven by the means and ends of the market). After all, who honestly doesn’t want their home to be responsive, energy neutral, and beautiful?

That’s why we are optimistic about just how powerful a tool for societal change Internet of Things-driven smart architecture will be. There is reason for that optimism. We’ll use recent design history to help explain it.

When digital simulation technologies were in their infancy some critics argued that computers had no place in the design process of the true architectural artisan. A generation later those change-resistant reservations are gone. In fact, they are seen as quaint if not down right Ludite. The landscape is now populated by architecture that could never have been built without the extreme, creative use of CATIA and CADCAM. Rather than fighting those powerful tools why not think of them as different coloured pencils in the design palette? 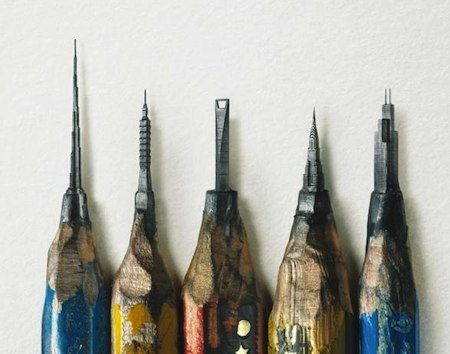 Staedler brings you the pencil . . .

Fast forward to 2014. IoT and M2M  technologies threaten to be as disruptive as their digital forefathers—if not more so. Why more? When Frank Gehry discovered the power of CAD/CAM it enabled him to bring his complex design ideas to life in the real world. But that world was still more or less one way: genius designs, the rich consume. The IoT and a host of disruptive, tech-driven social changes like the “maker movement” etc., say wait a second, we don’t have to wait for the genius to get around to improving our little part of the world, we can do it too.

In global civic terms these disruptive systems might just be able to change things for the better. Take a look at Smart Citizen‘s work for one example. Here is how the crowd-funded group describes their project:

What are the real levels of air pollution around your home or business? and what about noise pollution? and humidity?

Now imagine that you could know them, share instantly and compare with other places in your city, in real time … How could this information help to improve our environment quality?

From Smart Citizen we want to answer to these questions and many more, through the development of low-cost sensors. Now you can be one of these sensors in a network by supporting this project. But we will not stop here … How can we built a real Smart City…by Smart Citizens?

That’s a long winded way of saying that new technologies empower the next generation of city users. Remember Steve Jobs’ “computers for the rest of us?” That simple vision changed the way we work, talk, and maybe, think. The time has come for it to change the way we inhabit spaces too. If we adopt Smart Citizen’s world view their tools will influence the way the urban dwellers use architecture. If that happens designers will follow the market opportunity, just like Google. 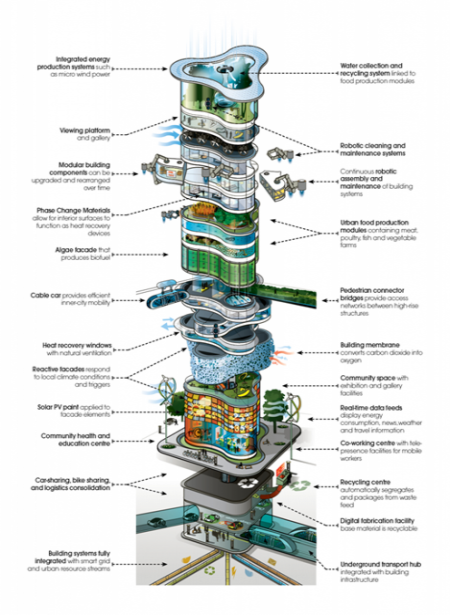 ARUP’s vision of a smart building in 2050—Fuller’s self-sustaining environments brought down to spaceship earth?