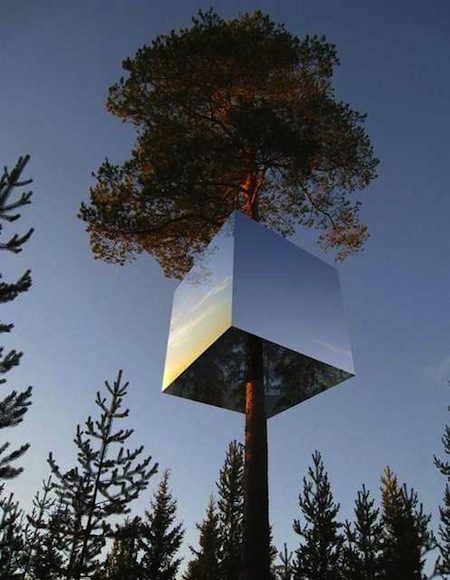 What does a MESH Cities-inspired building look like anyway?

When we describe MESH Cities that vision assumes an urban system made of interoperable parts rather than any one element on its own. For that reason, MESH-inspired cities by their internal DNA are not driven by the shifting tides of design fashion—no matter how powerful those tides may be. But does that mean the unique buildings of such a city ignore aesthetic aspirations? Far from it.

Let's explore the reasons why. The acronym MESH: Mobile; Efficient; Subtle; Heuristic, is not a design template, just as, for example, Donald Norman's framework of "conceptual model; affordance; constraint; and feedback" is not meant to be a manual for making beautiful objects. However, experience tells us that good design is often internally consistent with the ideals explored by both systems. On a meta level as designers we use these tools to frame a problem set rather than using them to drive specific design details.

If the connection between the MESH acronym and any design element is an indirect one, what is an example of architecture that embeds such a system? Since architecture is not a science, practitioners often use analogs or metaphors to suggest why one design approach has more validity than another. That's why Vitruvius' "firmness, commodity, and delight" remains an invaluable way to parse good architectural solutions from bad no matter what the design style. Similarly, architectural designs inspired by, say, semiotics or the deconstruction of language are also a subset of the modern city but they too can be part of the MESH Cities corpus.

So, to answer the big question of what MESH-inspired architecture looks like then we'll take the approach of using different architectural typologies to bracket what might be inside or outside of the frame. On the one hand, a key driver of form making in the modern city is doing more with less. As cities become more populated and land more expensive the size of homes, apartments, and/or condominiums decreases. Doing more with less is a key success factor in the resulting space-constrained environment (and more with less means using less energy, building with stronger but cheaper materials, and designing more accommodating spaces in spite of a smaller footprint). Compressing architecture to some finite limit of reasonable accommodation is one end of the typological spectrum.

On the other hand, information-driven, digital systems change the way we understand, design, and use buildings. Architecture that embodies these systems begins to make the leap from an inanimate object to what can be perceived as a near living, reactive entity. It is now possible for buildings to "be aware of" variations in user patterns while adjusting support systems accordingly. Today's buildings also allow real time communications systems that collapse the distance between people. Ask Cisco, for example, how their teleconferencing systems try to be the next best thing to being there. Buildings at this end of the spectrum follow a rising curve of digitally-driven architectural dematerialization. 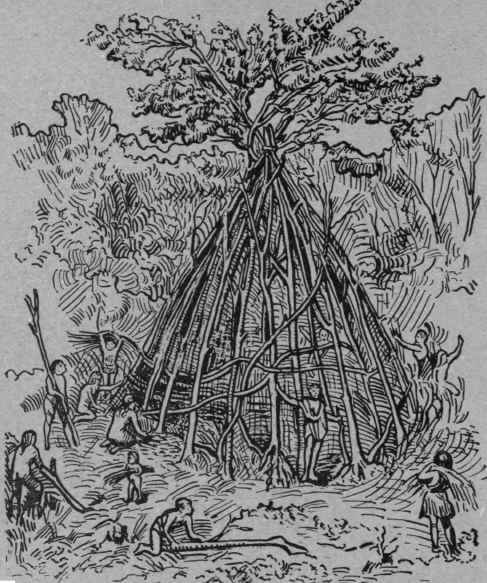 What are some noteworthy examples of these two MESHed architecture conceptual models? The image at the top of this essay offers one view. Playing off the a priori idea of the primitive hut, the modern version provides the minimal in sustainable accommodation that compliments its environment. While modern cities are not forests a design aspiration shared by many is to make them as natural—not to mention sustainable—as possible. 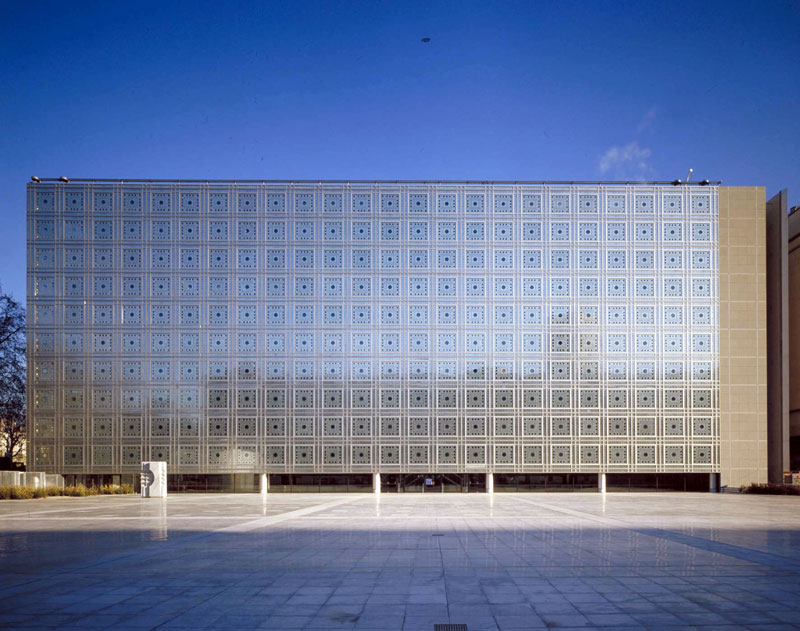 At the other end of the spectrum are responsive buildings. The general idea has been around for a long time. Jean Nouvel's Arabic pavillion (Institut du Monde Arabe) in Paris is 20th Century, but anticipates how a building's envelope is an ideal medium for responsive technologies. More recently the A. Zahner Company's Tessellate™ Animated Metal Surfaces take Nouvel's approach to 21st C levels. Follow this link to see the solution in real time.

Underneath that envelope—in whatever kind of formalism it may be—is where MESHed buildings transcend the gap between the architecting of passive spaces and having spaces that are extensions of the occupants' own nervous systems. This is a space where most architects have little experience. Information architects and/or developers of the so-called Internet of Things, have to deal with this transitional, in-between space more and more frequently. That's why consumer products like the Nest thermostat are such a success. They make what are to most of us invisible household systems easily controllable in an intuitive, predictive way.