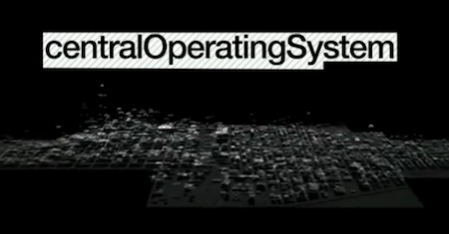 For the seventh time in the last year Montreal’s Métro transit computer crashed leaving commuters with a dysfunctional city that is anything but smart.

Add to their woes this week’s tainted water scare threatening a million H2O dependent citizens, and you have a city that is beginning to lose its claim on first world status. In a life imitates art twist, Ubisoft Montreal’s upcoming video game release, Watch_Dogs, is framed around the idea of failing cities. The game is a dystopic vision of Chicago ten years from now.  It is an age where just about everything is connected to the Net—the Internet of Things gone mad—hackers are threatening to take down the whole system.

Fiction once again strikes at the heart of reality. See for yourself. Take a look at Ubisoft’s work-in-progress video:

(note: Ubisoft changed the link from the 2012 trailer to a less dystopic version. We have brought back the original as of March 19, 2014)

Sobering, isn’t it? The fear depicted in gameplay narratives like this one takes hold in a time of massive societal change. Maybe that’s one of the reasons why the City of Montreal is slow to update its urban operating system. After all, who knows what travails new solutions to old problems will bring? Better to stick with the tried and . . . true?

On the other hand, every complex technological leap brings with it an array of possible new problems. Ask the people who harnessed the change potential of fire, the wheel, steam power, cars, planes, etc. The list is infinite. New technologies solve some problems while creating others. Such is progress.

In the face of apparent civic inaction that is paralyzing some Canadian cities, what can today’s Netizens do to change their urban environments for the better?

Good question. MESH Cities offer the a general approach to the problem of city design in the 21st C. with the model of Mobile, Efficient, Subtle, and Heuristically (MESH) managed cities. These are cities that can still fail on certain functions, but they fail faster and have the ability to learn from their failures.

Furthermore, rather than operating systems being centralized, here the wireless, mesh network model distributes system management to the local level. That makes it hard to hack in the way Watch_Dogs threatens. It also means that citizens can have finer grained representation in the urban system.

IoT-informed urban design is an evolving art and science. There are very few urban designers with the array of skills to implement a comprehensive solution. A number of large companies like IBM, Cisco, and Siemens are exploring the market, but we bet the real innovations will come from small companies and independent researchers. Remember the PC?