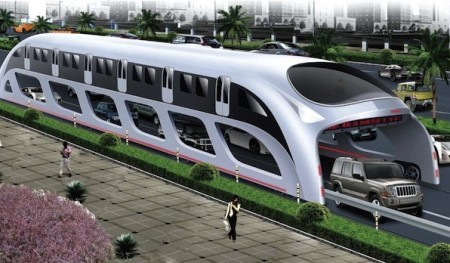 straddlingbus In Shenzhen, China. Officials are considering a “straddling bus” system designed by Shenzhen Huashi Future Parking Equipment, to be built directly on existing roadways. Are massive infrastructure solutions like this the key to smarter, more sustainable cities?

IBM launched the next phase of its world-changing competition for cities last month securing that company’s place as the dominant commercial player in the smart city marketplace. October 24th IBM announced another year of its three year, $50 million smarter city competition. Through this competition cities vie to access IBM’s expertise across the “finance, sustainability, public safety, and citizen services” sectors. The one-time value of those services for winning cities is $400,000 US. The deadline for 2012 grant applications is 16 December 2011.

What does it take to be a Smarter Cities challenge winner? Here are some criteria:

In an attempt to use crowd sourcing to access bottom-up user information, the company launched a twitter campaign where Stanley S. Litow discussed what it takes to become a smarter city. Participants followed @CitizenIBM, and commented using the hashtag #CityChat. No word yet how successful their initiative was, but a hat tip to the company for trying non-traditional approaches to gain insights into the complex organisms called cities. 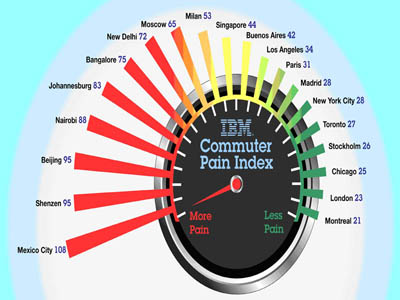 The IBM Commuter Pain Index measures and ranks the emotional and economic toll of commuting across 20 international cities.