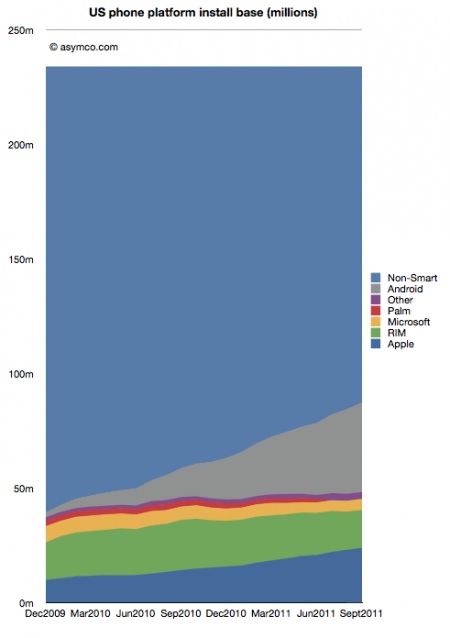 Smartphone platform use as of 2011 with “blue ocean” of potential growth.

There are about 350 million cellphones in use across North America. One-third of those are smartphones. The winning smartphone platform has yet to be determined, but as the above chart shows, Android-based phones have edged out RIM and Apple to lead the race.

More importantly for MESH Cities readers, the number of applications associated with those devices is growing exponentially. Why is this a game changer for cities? Outside of public protest movements like Occupy XYZ Street, urban planners are catching on to the idea that mobile-based applications offer a host of new ways to understand the city. Dr. Jennifer Evans-Cowley of Ohio State University observes that traditional methods of understanding cities are being swept aside by the disruptive power mobile Apps offer.

The Atlantic Cities notes some of the city Apps now in play: 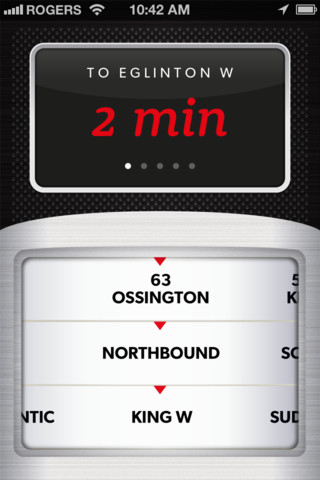 MESH CIties editor and founder Robert Ouellette is an early advocate and visionary of the way mobile applications can improve the efficiency of cities. His crowd sourced TTC website project kicked off an event Harvard Business Review called one of the great new business ideas of 2008. Toronto made transit data available for developers as a result of that project . The “Rocket Radar” application is an example of a solution based on that data.