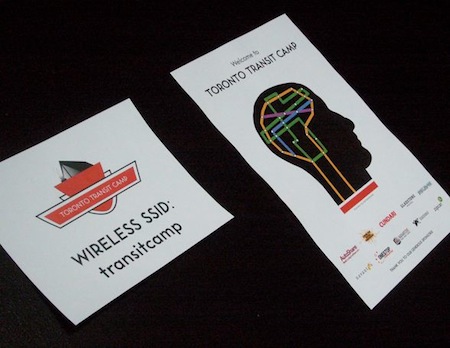 TransitCamp Motto: “If you are not learning or contributing, go somewhere else.”

In early 2007 an ad hoc group of young, digitally empowered citizens jacked into Toronto’s corridors of power intent on challenging the way the Toronto Transit Commission (TTC) did things. Surprisingly, Harvard Business Review’s editors considered the results so successful they deemed it one of the breakthrough business ideas of the year.

Toronto TransitCamp, as the citizens brainstorming project came to be called, made Toronto a leader among Open Cities, an accomplishment that was unceremoniously upturned when urban best practices aware mayor David Miller left office replaced by a less than new idea focused Rob Ford.

While political headwinds may have slowed technology-enabled, civic innovation in Toronto, the trajectory towards Open Cities as the vanguard of smart cities continues in mayor Michael Bloomberg’s New York, in London, and in other competitive urban centres concerned with attracting what Richard Florida describes as the Creative Class. That trend is complimented by Google Inc.’s massive digital influence as an engine for urban change. Its Street View online mapping system is just one example of an array of data-driven services that upend the way people use cities.

Why should urban designers, planners, and citizens, for that matter, care about what a clutch of digital geeks think and do about the city? For one, Open City tools can show us how cities really work, not how we want them to work. That new insight—the equivalent of gaining the conceptual if not physical high ground—leads to better measurement and ultimately management of a city’s functions. A good example of this overview is seen in Vancouver developer Andrew Walker’s work. Walker ponders, “I was hoping these videos would help generate some discussion on the role of transit.” His open data based videos showing city transit flow over 24 hours are as beautiful as they are informative.

How did TransitCamp launch Toronto into the lead of the nascent Open City movement?

Like many disruptive projects the potential for innovation was in the air. New technologies fueled change. A growing number of transit users were carrying smart phones; micro publishing sites increased in popularity; and traditional ways of citizen engagement were upended by the so-called “Un-Conference,” BarCamp approach to civic problem solving. Add to this game-changing fuel Toronto’s abundance of young digital developers wanting to use their skills to improve the world, and the City’s old way of doing things didn’t stand a chance.

Beyond the momentum of these evolving forces, however, it was the power of traditional print media, hand-in-hand with strong organisational skills that were the impetus for TransitCamp. As an urban affairs and architecture critic for Canada’s National Post, and a City of Toronto Urban Design Award recipient, I could cut through the normal barriers around city hall bureaucrats and politicians. As a digital publisher as well, I worked with the city’s most energetic not to mention capable new media based journalists, people like Spacing’s Matt Blackett. With their help, the TTC challenge went viral reaching thousands of people willing to crowd source answers to what had become a wicked problem.

We started by identifying the problem. The TTC’s website failed to provide transit users with a way to plan trips let alone learn when the next streetcar was coming. Then, using the www.readingtoronto.com hyperlocal blog, we used new media channels to ask city leaders to do something about it.

“We have a challenge and an offer for the TTC: Toronto bloggers are more than willing to offer their insights into how the TTC site might be designed (look at the reaction to a proposed route map). Why not give us a call and ask for our input. We’d be able to go to our readers for their ideas too. This makes sense to us and takes advantage of the “Wisdom of Crowds,” phenomenon the Internet provides.

Will the new Chair take us up on our offer? Stay tuned.”

To his credit, Adam Giambrone did just that. The next six weeks tracked inextricably towards either an innovation catharsis or an embarrassing fiasco. Meanwhile, hundreds of suggestions on how to fix the TTC’s website shortfalls came from readers of Toronto’s top blog sites (BlogTO, Torontoist, Spacing, etc.). In the end, though, a simple challenge had Toronto’s politicians, bureaucrats, and transit managers exchanging ideas with the young urban activists chafing to improve the system.

The Toronto Star’s Leslie Scrivener described it this way:

The 100 or so campers were young, in their 20s and early 30s, mostly people who work in the communications and tech industries and university students, all madly in love with transit
. . . Peering over their shoulders, watching as the younger people moved images around on their white Mac laptops, were the 50-somethings, the people who run the TTC, listening and learning. And politicians were hovering, too. Adam Giambrone, the TTC Chair, spent the day there. Vice-chair Joe Mihevc was also present.

Almost overnight the established way of doing things—or not doing things as the case may be—got rebooted. The TTC cracked open its data vault to eager developers. Soon phone-based Apps were letting riders know when the next bus or streetcar would arrive. Users were delighted. Then came the spinoffs. A small but growing cluster of infrastructure services evolved. Change fostered growth.

Forward-looking city leaders were willing to risk a degree of failure in the search for new, more effective ways of running key parts of the city. Their optimism and/or trust inspired a group of young citizen activists to do more. And why not, this was a group willing to contribute their skill and countless hours of their time to improve the way their city worked.

As a case study, the TTC Challenge illustrates that people do care about their cities. City users of all types are eager to criticize failures in the urban operating system, but they will do more than that: they will work to improve the system if given the chance. New technology is an enabler to be sure, but strong organisation along with a vision of how things might be remain the key levers that need to be pulled when crowd sourcing change.