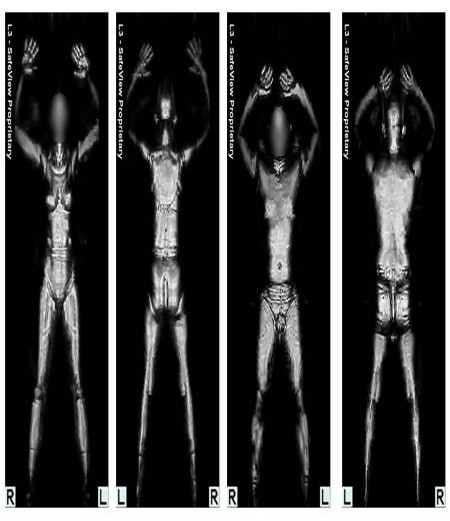 Those psychologically—if not physically—invasive total body scanners found in some airports may have an upside in the cities of tomorrow. Really. Forget the Big Brother uses Terawave technology is co-opted for in a futile search for Homeland security. Some day this same technology will help our cities be more efficient and livable.

How will this happen?

If you’ve been part of the modern world as long as the MESH Cities editors you know that the one solid truth about technology is this: technologies that are big and expensive soon become small and inexpensive. Terawave scanning machines are no different. Early in 2012 Dr. Kenneth O, professor of electrical engineering at UT Dallas and director of the Texas Analog Center of Excellence (TxACE) discovered a way to put the system on an integrated circuit. There are already plans to have a cellphone-capable version.

Where Terahertz sits on the energy spectrum

Don’t worry. That doesn’t mean we’ll all be wearing those X-Ray glasses that were so popular in the Sci-Fi magazines of the fifties and sixties. The scanning range is limited to four inches or so. What it does mean is that a new, very powerful way to gather information on a molecular level will be part of the urban infrastructure toolkit.

This is how it will work. Urban infrastructure of the future like water mains, gas lines, piping, electrical conduits, etc., will be able to tell maintenance workers when critical components like seams or joints are about to fail. And it won’t need incredibly complex digital systems like the Internet of Things to work—although the IoT will be a possible upstream part of the solution. 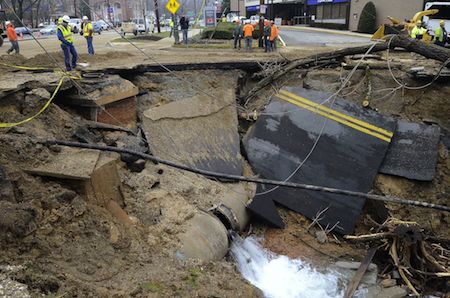 Leaking or broken water mains cost cities up to 40% of their yearly water management budgets.

Researchers have developed a way to embed identification codes in objects at the molecular level. These codes, in turn, can be read by the now portable terawave scanners. When a material begins to wear out, the embedded codes will no longer work thus signalling special utility truck scanners that a given water main needs replacement. All this will happen well before the pipe actually fails. Saving precious water will help save our planet while making cities more efficient.

The identification codes are part of a system called “InfraStructs.” Here is how the developers describe the process:

InfraStructs are material-based tags that embed information inside physical objects for imaging in the Terahertz region. Terahertz imaging can safely penetrate many common materials, opening up new possibilities for encoding hidden information inside digitally fabricated objects. (a) InfraStruct tags are embedded during the fabrication process to immediately identify objects without additional labeling or packaging. (b) Inexpensive polymer materials are used to (c) create a layered internal structure. (d) The object interior is scanned to create a volumetric image that is decoded into meaningful information.

In today’s security-conscious world the unpopular airport body scanner is the public face of Terahertz technology. Moving forward, however, the same technology will help cities do more with less and taxpayers everywhere will be thankful.