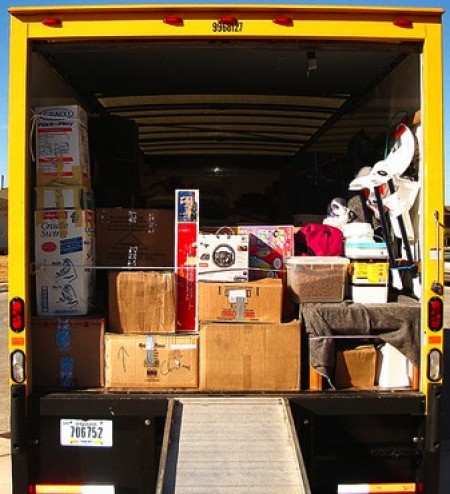 Remember the last time you moved?

Moving residences is an inevitable part of modern life, but one that remains mired in hopelessly outdated legacy systems. Having just survived the partial renovation of and move to a century-old house, I am reminded how the typical home is obsolete even as it is built. Add the moving of “stuff” from one obsolete house to another, and you are contributing to one of the least smart, least energy-efficient time sucks in the canon of the contemporary human experience.

None of this is new to those architects intent on improving the efficiency of our buildings. Even innovator Buckminster Fuller learned the hard way that post-war America didn’t want clean, easy to construct, low-cost housing. Fuller stumbled onto the unspoken truth of our economic system: governments want inefficiency because it creates jobs. Designing, building, occupying, and moving into and out of traditional houses create lots of them.

Why? The majority of those jobs are dedicated to moving heavy things from one place to another—inefficiently. Many of those labourers have little if any higher education, yet they represent part of the population needing employment. So don’t expect governments in stagnant economies to get behind the reinvention of housing. People need to work, pay taxes, and vote to keep our economy going.

Do those socioeconomic truths mean we are locked into a never-ending cycle of dumb housing chasing its chamber maid, dumb moving? We don’t think so. Here is how MESH Cities may just disrupt the model.

Imagine if all the significant component pieces of your home and its contents were part of the Internet of Things (IOT). Your walls, for example, could tell you how they were designed and how energy efficient they are. They’d be able to suggest ways to increase your home’s thermal efficiency to suit your family’s budget and long term planning. They’d be able to tell you exactly how much money you are spending on heating and cooling your home at any given moment. And by the way, they are pre-wired to accommodate more electrical outlets, data connections, and all the future wiring needs a modern family might have. No need to call in expensive electricians. 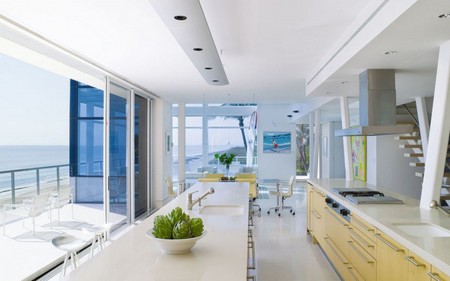 Your lighting system could track usage patterns all the while learning to suggest or even provide more useful lighting services. It could even let you know about any new lightbulb technology available to save you money. No more groping in the dark in search of a light switch. Smart sensors will turns lights on when they are needed. 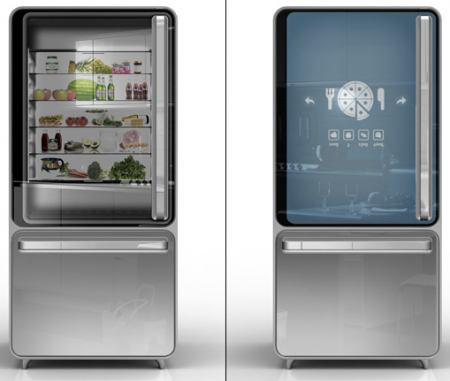 A smart refrigerator could help ensure your family is never out of essential food items, or let you know if it time to use that frozen food before it goes bad. And if all that food carried an RFID tag, the refrigerator door would have a menu screen showing its entire contents. No more need to stand there with the door open wasting all that refrigeration you paid for.

Windows could be made to operate in tandem with the HVAC system allowing fresh air as appropriate. They could also let you know how thermally efficient they are or even add to your home’s security management system without the cumbersome wiring of typical alarm systems. How about hot water systems? There really has to be a better way to give everyone in a home access to plentiful hot water other than heating large tanks in the basement with costly gas or electricity. Why doesn’t every home have solar heating panels on its roof? With mass production the cost of a basic smart system would be on par with having new shingles put on. At the lower end of the cost scale, how about a system that monitors your hot water use and tries to heat enough hot water at off-peak energy prices in anticipation of your needs? There is money to be saved there.

These are the more obvious home elements ready for MESH technologies. But there are more.

Have you noticed how many storage warehouse there are in a typical North American city? If they are not on every corner they soon will be. It is absurd. Why should we be paying warehouse owners to store our stuff? How about if we make it possible for other people to borrow our things until we need them back? Even better, how about getting rid of useless things by using a barter system that gets you something in return? You’d save money and someone could enjoy a useful, if unloved, product. If your belongings were smart it would be easy to let people know you are ready to deal (and security is not really an issue as eBay’s success illustrates).

The opportunities to make homes more intelligent are almost infinite. What about moving? Can this neanderthal be improved? Dumb moving is just that. According to US census statistics, every year roughly 40 million Americans move. That means every month end there are about 3 million trucks surging across the nation’s roads. Back and forth they go usually serving one family then driving back to the lot. But what would happen if movers and trucks used algorithms like Zipcar’s or logistics systems like container ships? There would be efficiency gains of at least 15%. Probably more. The remarkable thing about these ideas is that they don’t require governments to implement, just some smart entrepreneurs. MESH Cities is waiting.