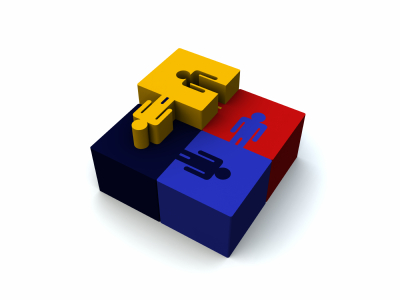 Sustainable cities are smart cities and not just because of the new energy or water management technologies they might adopt.  In a massively changing world, truly smart cities are the ones effectively leveraging the economic creativity of the people who live in them.

Canada, like many developed Western nations, is at an economic tipping point. While some analysts are reeling from all the upheavals, Richard Florida calls it an auspicious time—the greatest moment of economic transformation in human history.

According to Dr. Florida, our economies are shifting from the exploitation of resources and brute labour to city-enhanced innovation economies. That’s one of the reasons why, for example, city-states like Singapore can outperform their less innovative, global market competitors. Its population density is an incubator for creative innovation.

Florida says, “Our cities and communities are the organizing units of the creative age supplanting the power of the industrial plants of the early 20th Century.”

If true, it explains why, for example, Singapore’s per capita GDP is approximately $61,103 US (2011) versus Canada’s $40,541. Note that Singapore does not have the same resource benefits as Canada so that figure does not fully reflect the creative economy edge Singapore enjoys over us as a nation.

On the other hand, if we look at the City of Toronto’s per capita GDP for the same period the creative innovation gap with Singapore collapses from $21,000 to less than $8,000. No one should be surprised that Toronto performs so well because it is, according to Florida, one of the world’s great creative class cities.

However, only about one third of Toronto’s working population is engaged in the creative economy. That compares to London, England’s mid 40%, New York’s, low 40%, and Copenhagen’s ±50%.

There is room for improvement.

And we need it. Canada’s economic performance on a sector-by-sector basis for the first decade of the new century illustrates just how important value added sectors are (source http://www.ic.gc.ca/eic/site/cis-sic.nsf/eng/h_00013.html#vla2b).

Resource and traditional labour sectors representing one third of Canada’s GDP grew at a collectively dismal 0.6% from $346,175 to $365,036 (in millions). That figure includes our hot oil and gas sector around which much of this country’s economic policy decisions have recently been made.

Value added services sectors representing the other two thirds of the economy grew at a more respectable 2.6% over the same period.

Their performance is better but is a long way from matching the surging economies of the BRIC nations. Truth is, in the past decade we have failed the global economic competitive challenge especially in our once highflying manufacturing sector that declined 1.3%.

This is where being smart cities of the kind I introduced this story with can rescue us.

If policy makers mash-up the benefits of a creative economy with the potential of an energy efficient economy, Canada and its major creative cities will be world-beaters.

The McKinsey Global Institute—hardly a left wing institution—has crunched the numbers around the world’s changing resource use landscape. In the paper, “Mobilizing for a world resource revolution,” they introduce the topic with this opportunity statement:

Over the next quarter century, the rise of three billion more middle-class consumers will strain natural resources. The race is on to boost resource supplies, overhaul their management, and change the game with new technologies.

So where are the smart and creative city enhancing opportunities according to McKinsey? Not surprisingly they can be found by doing more with less. 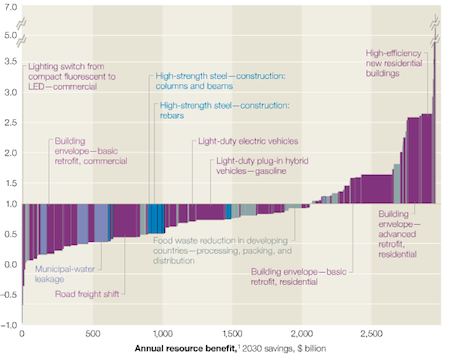 That demands creativity and innovation of the type that brought together polar opposites Walmart and the Sierra Club (http://tech.fortune.cnn.com/2011/05/17/how-wal-mart-won-over-a-sierra-club-president/).

That relationship reinvented Walmart’s supply chain to do more with less profiting not only the broader community, but the company as well.

McKinsey’s analysis shows that over the next twenty-five years investment in city-improving energy efficiency projects like building re-skinning and smart operating system improvements will return upwards of 10% annually in a resource-constrained world.

Those are better than BRIC economy numbers.

If Canada were to make policy decisions leveraging the ascendency of creative cities with the market demands of an energy-constrained world, I’d wager that our major cities would perform on par with the top economies of the world.

Will bringing Toronto’s creative worker population up to 50% boost the city’s GDP figures to that of Singapore?

Why don’t we find out?

There is a huge, untapped market just waiting for us to act. It is a global one. It is also a local market, one that has systemic barriers to entry based on geography and access to labor.

It can provide a multi year ROI of 10% or more. It can help us make our cities sustainable and more enjoyable to live in.

Where is the downside? We would cut CO2 production by 50%. Oh, sorry, that’s not a negative. We would increase employment. Ok, that’s another plus.

With so much to gain and so little to lose let’s respond to the challenge of history’s greatest economic shift—before the competition does.