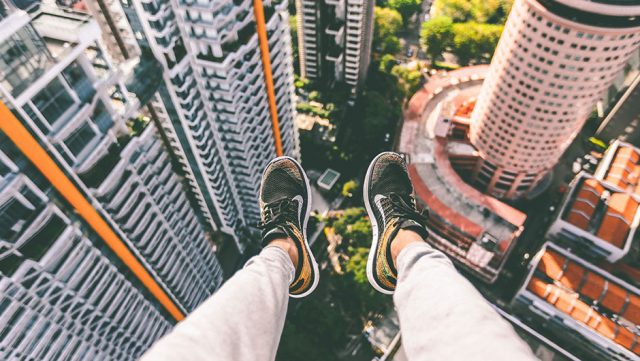 One of the more informed and compelling contributors to the discourse on smart cities is Pablo Sánchez Chillón. Pablo describes himself as an innovative Urban Planner & CEO. And he is right.

The urban planning profession—like any other—has among its members the people who do the day-to-day grunt work. For planners it is the managing of city policies and making sure setbacks, densities, etc., are followed. They do good work mostly. But included in the profession are also those who look at the city and ask themselves what does the future hold. For Chillon, the future is smart.

If Smart Cities are about 33% vision, 33% infrastructure, and 33% communication (with 1% for chance) . . .  We are interested in innovative urban planning, hybrid spaces in the city, urban digital identity, the place making, the “civicentrismo” and # DIGIZENS.

. . .  We work on different projects that incorporate an intelligent approach to the interaction between ICT, design, and the implementation of territorial and urban planning, encouraging the optimization of delivering public and private services based on the new digital nervous systems of our cities . . . We contribute to smart projects a humanistic view, which is based on cultural assumptions of the territory, generating creative community relations between the cities and the promotion of a unifying leadership in implementing smart cities projects.

One of Chillon’s recent essays is about the civic “gamification” of the city. Simply put this is a process that takes the civic functions of a city and popularizes them through proven digital gaming models. The result is civic awareness on a broad, consumer-propagated level. Nice idea.

Take a look at his site at http://urban360.me for more discussions on the future of the modern city.

70 at the Dupont/Bartlett crosswalk. Limit 40. This guy would never see the button pushed or a person crossing.

Wow Oslo’s new public library is insane- cinema, recording studio, sewing machines, laser cutters, 3D-printers, pianos (and 450,000 books) all to use for free and open 8am-10pm. AND there’s a bar 👑

Just spent the weekend in Amsterdam and oh my this is a thing of beauty. They're 30 yrs ahead of anyone else in urban design. Every elected official should be offered a weekend there to see what their city could be like if they simply did the same thing the Dutch did in the 70s.

For anyone who has seen the Fifth Element and appreciated the opera sequence, this live performance is astounding.

If you don’t see by now that the tokenization of everything is the biggest thing we have ever seen and will ever see, I cant help you as much. It dwarfs all other opportunities for risk reward over time. Web 3.0 is something few yet understand but will change business forever. 1/

How to Win (without talent or luck):

"There remain plenty of barriers in the way: the lobbying power of concrete manufacturers, an insurance industry averse to innovation, retrograde building regulations and a construction culture reluctant to change." Change is hard. Embrace it.

I’m moderating a panel on police accountability next Thursday eve for @Luminato - timely as all heck - details to follow but hope youse will tune in. It’s got to stop being summer at some point in Toronto. 🏖🌨 https://twitter.com/Luminato/status/1445908744777388033

Information hygiene is truly the issue of our time. If we don't fix it, our ability to address other major issues -- from the climate crisis to deadly pandemics -- takes a massive hit.