Twine brings the IoT to the rest of us.

Apple and/or Steve Jobs once coined the phrase that the Mac was a “computer for the rest of us.” It turns out that those young California hippies were right, and history shows how important a market the then nascent demand for personal computers turned out to be.

Fast forward thirty years or so (has it really been that long?) and there is a new technological shift changing the way things are done in our post-modern world. The Internet of Things, as its advocates describe the embedding of computing in the world around us, is about to move computing from your mobile device to, well, your mobile device—with a twist.

The twist is, of course, that your very smart mobile device becomes a tool that connects you to a digital exoskeleton of wireless sensors. Imagine it. Instead of your environmental awareness being limited to what you can see, feel, smell, or touch with your sensory organs, now your network of sensors is as big as the world. And if you happen to tap into sensors on some space program vehicle or probe, bigger. 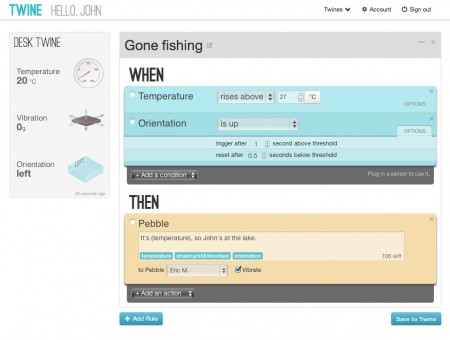 Until recently all of this IoT churn was more-or-less fluff. One small company that is changing wishful thinking into a reality is Supermechanical. Spouting the 2012 era tagline, “the objects that connect us,” Supermechanical is offering a well-designed product that it hopes will empower IoT “for the rest of us” users.

Take a look at their site to see how they imagine a world of connected objects.

For those of us here at MESH Cities, the idea of ubiquitous awareness is a philosophically provocative notion with tendrils going back to ancient ideas of community. What we imagine is that the IoT may well connect us all in the same way television did when, say, Kennedy was assassinated, or when humans landed on the moon.

Is that too much to ask for? Technology as a creative human function has generally worked as a handmaiden to our best aspirations. We are optimistic that these small steps in the world of the Internet of Things will continue that legacy.

(The following chart shows how the IoT will likely be deployed) 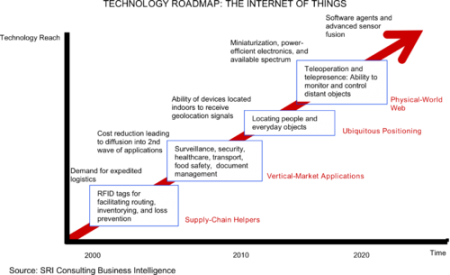