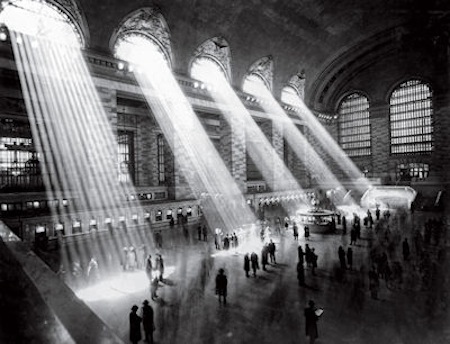 Do you remember the Internet’s early days? We do.

Everyone lucky enough to be wired in during the early nineties knew that this new technology was changing things, but the problem was finding out how. Locating the simplest piece of information was hard. Search engines were clumsy. Then came a game changer. Google. Online life quickly became a lot easier to navigate.

Welcome to the second decade of the 21st C. What goes around does seem to come around. For this generation, cities are the new Internet. We all know that this smart city / Internet of Things mashup is changing things. Like our nineties experience we just don’t know how. Until now.

Researchers at the University of Glasgow, Atos, Athens Information Technology, IBM’s Haifa Research Lab, Imperial College London, City of Santander, PRISA Digital, Telesto and Consorzio S3 Log have joined forces. Their mission? They want to turn the smart city into a searchable media information database. Here is how they describe it:

The Future Internet will include a large number of internet-connected sensors (including cameras and microphone arrays), which provide opportunities for searching and analyzing large amounts of multimedia data from the physical world, while also integrating them into added-value applications. Despite the emergence of techniques for searching physical world multimedia (including the proliferation of participatory sensing applications), existing multimedia search solutions do not provide effective search over arbitrary large and diverse sources of multimedia data derived from the physical world.

In other words, like the early Internet days there is an almost infinite amount of new data out there but how do users organize it?

Dr Iadh Ounis, of the University of Glasgow’s School of Computing Science explains:

The SMART engine will be able to answer high-level queries by automatically identifying cameras, microphones and other sensors that can contribute to the query, then synthesise results stemming from distributed sources in an intelligent way. SMART builds upon the existing concept of ‘smart cities’, physical spaces which are covered in an array of intelligent sensors which communicate with each other and can be searched for information. The search results sourced from these smart cities can be reused across multiple applications, making the system more effective. We expect that SMART will be tested in a real city by 2014.

A city data search engine of this magnitude would have to navigate billions of data streams, capture real-time information, and make it available quickly enough to be of use. That’s no small feat. Add to that the challenge of making this information hook into some kind of natural language sorting system and you know that this project is a long term one.

To find out more about the initiative go to: