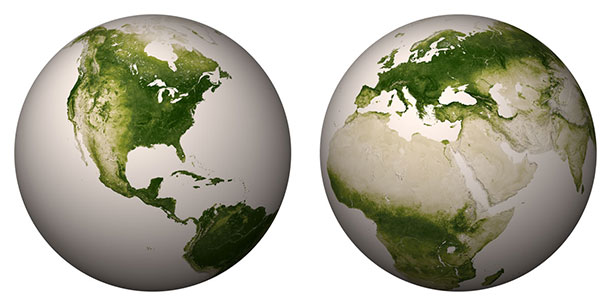 Gijs Graafland of the Planck Foundation wants the world’s nations to beat back creeping deserts by using our oceans’ abundant salt water.

As every grade school student learns, the earth’s surface is covered with about 70 percent water and 30 percent land. Most of that water, however, is found in oceans. For farmers, that’s a problem. Why? Oceans contain about 40 grams of salt per litre of water. Since most plants need water with a salt level no higher than 1-3 grams per litre, oceans are an unsuitable source of water for crop irrigation. 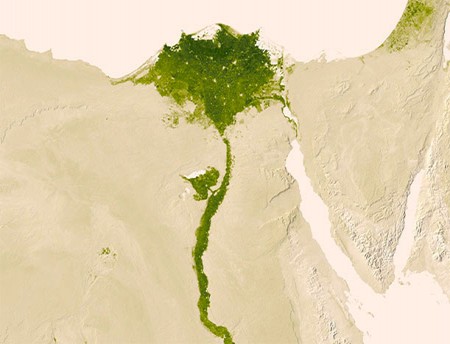 The Nile river delta. There are vast areas of the globe where ocean water could be used to support salt-tolerant plants.

That explains why in many parts of the world threatened by desertification, nearby ocean water, while abundant, is as useful for crops as it is for shipwrecked sailors: drink too much of it and you die. But what if we were to look to nature to understand how it manages to use that briny water to nourish a variety of salt-tolerant plants. As most residents of the tropics can tell you, vast swaths of the world’s ocean coastlines are protected by the familiar mangrove tree. If nature can evolve solutions like the mangrove swamp to protect vast shoreline ecosystems, why can’t we use plants that thrive on salt water and are even edible to stop the threat of increased desertification?

The short answer is we can. Plants that can thrive on briny water are called halophytes. Unfortunately, only 2% of the globe’s plants fall under this classification. That’s the reason there are few, if any, salt water nourished commercial crops: until now there wasn’t a need to exploit such a marginal characteristic. The Planck Foundation is out to change that. Under its DesertCorp initiative, halophytes like the edible salicornia will be used to push pack deserts while also stimulating local economic growth.

From Saudi Arabia to Eritrea there are already experimental farms growing salicornia for the production of biodiesel fuel. About 220 gallons of this high-quality fuel is generated from one hectare of desert. The solution works. Scaling up the production and distribution could result in a halt to desertification. Of course, there are problems with this solution. Any inland use of ocean water requires canals and/or channels because if farmers spray salt water for irrigation they will gradually increase the amount of salt in the soil a process that contributes to desertification. Right now, at least, the ocean water solution demands we design and build river delta-like conditions (like the Nile delta above) or a series of canals extending inland from the sea.

Why does MESH Cities care about desertification? As of 2005 it was estimated that 500 million people live within  the boundaries of deserts. As climate change worsens that figure will grow. And most of those millions live in cities like Cairo, Lima, Dubai, and Las Vegas. Take a look at this map of the world’s deserts. The areas on the verge of collapse are shown in red. 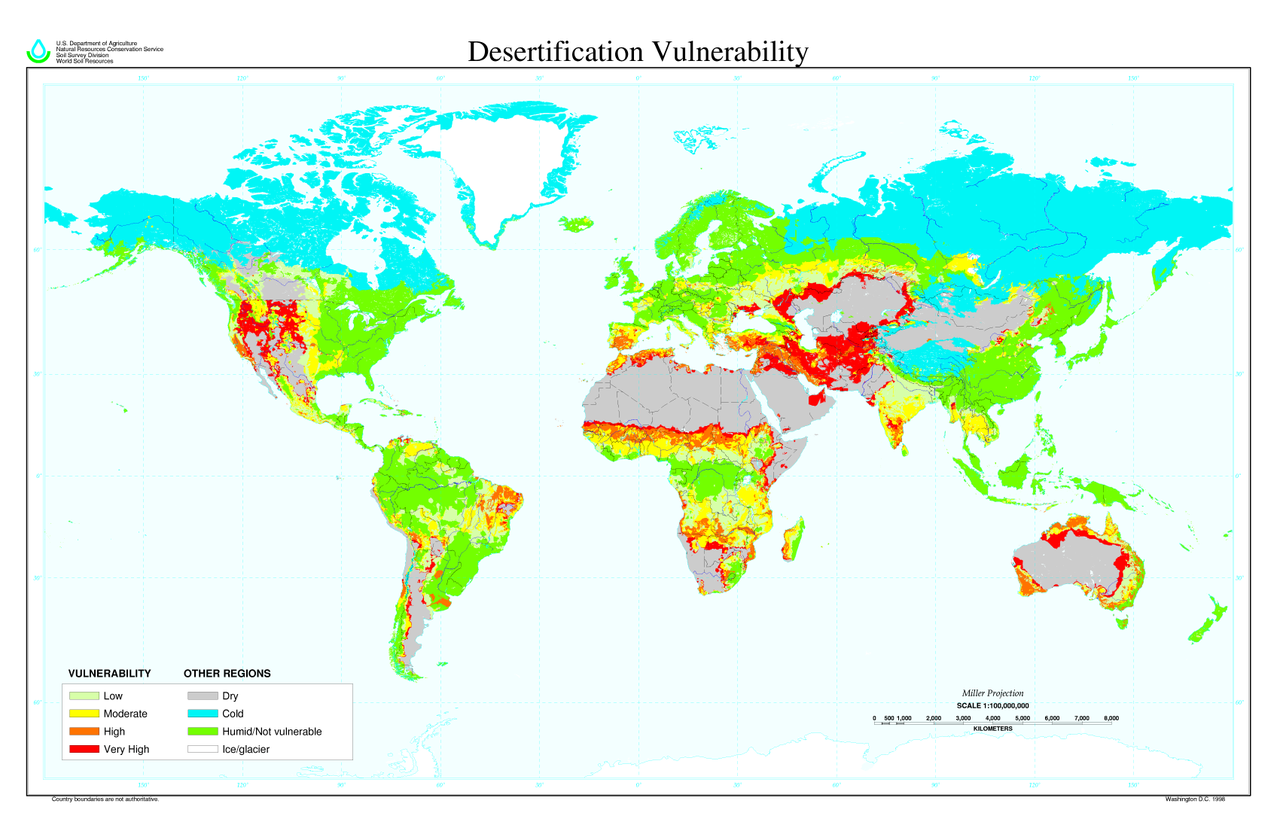 Cities will have to do their part in halting desertification or else they’ll go the way of Babylon lost, and forgotten.