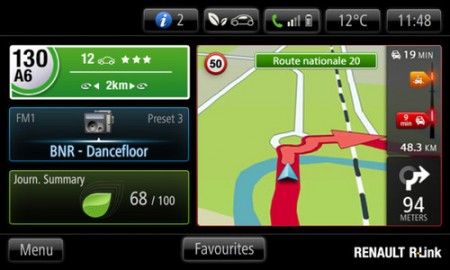 There was a surge in the Net's influence curve this week as Renault Automobiles announced their new "car as a platform" project: R-Link.

MESH Cities has looked at the state-of-the-art in IP-enabled autos before with our story on Ford's research, but this is different. Renault is rolling out their connected auto now—well, at least as part of its 2012 model year deployment. Forgetting the R-Link's multi-media capabilities for a moment, this is a serious step towards ubiquitous MESH automobile solutions that will improve the energy efficiency and safety of cars. Renault is also opening up the platform to developers for third-party Apps. Nice idea although Renault says that with an installed base of only three-million of the tablet-like devices, developers may not be too interested. We disagree on their analysis. Our bet is developers will jump on this opportunity to integrate their software into a serious piece of consumer auto technology. 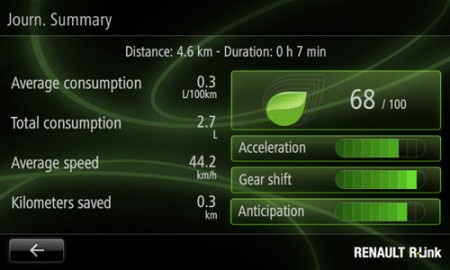 How long will it be before other manufacturers follow? And will they be North American? On CBC Radio this morning Frank Moss talked about how the "Big Three" auto makers had first crack at MIT Media Lab's research on smart-enabled city cars. They let it slide. Now that same research is being implemented in Spain. Listening to the economic news these days (something I am having less and less faith in) no one would blame North Americans for thinking that Europe is dying and Spain is racing to be the first to expire. I'm wondering though if Spain has decided to take the hard economic path of reinventing its economy to be energy-efficient. Their choice is bound to make waves with the status quo. Is MIT's experience with Spanish auto makers another signal that what we hear from the press may not be the whole picture when it comes to economies trying to break away from carbon fuels?