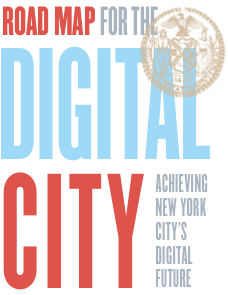 How can cities improve themselves and foster economic innovation at the same time? Ask New York. They have just opened up their data assets while, at the same time, providing seed capital to developers who want to build Apps for the open city. New York City brought in $6m in new Venture Capital for startups. But the city is not unique. Many governments have similar data assets, but they are not being exploited because this is a new, proactive realm for bureaucracies. New York introduces their initiative this way:

New York City is one of the world&rsquo;s leading digital metropolises. As Part I: State of the Digital City illustrates, New York City government engages over 25 million people a year through more than 200 digital channels including nyc.gov, mobile applications, and socialmedia. As a pioneer in Open Government, New York City government has unlocked thousands of public records, enabling technologists to build tools that help New Yorkers everyday, from finding parking spaces to listening to audio tours of Central Park. One of the nation&rsquo;s most connected municipalities, New York City&rsquo;s digital sector growth propelled it to rank second in venture capital funding last year. By every digital index, the City of New York is thriving. But we can do more. Road Map for the Digital City outlines a path to build on New York City&rsquo;s successes and establish it as the world&rsquo;s top=ranked Digital City, based on indices of Internet access, Open Government, citizen engagement, and digital industry growth. Part II: Digital Input is informed by 90 days of research and over 4,000 points of engagement from residents, City employees, and technologists who shared insights and ideas. Chief among public interests were calls for expanded Internet access, a refreshed nyc.gov interface, real-time information, and more digital 311 tools. Businesses and technologists sought greater broadband connectivity,a deeper engineering employment pool, and read/write API access to City information. Finally, City employees proposed ideas for next-generation strategy, new coordination tools, and shared resources to enhance digital communications efforts.