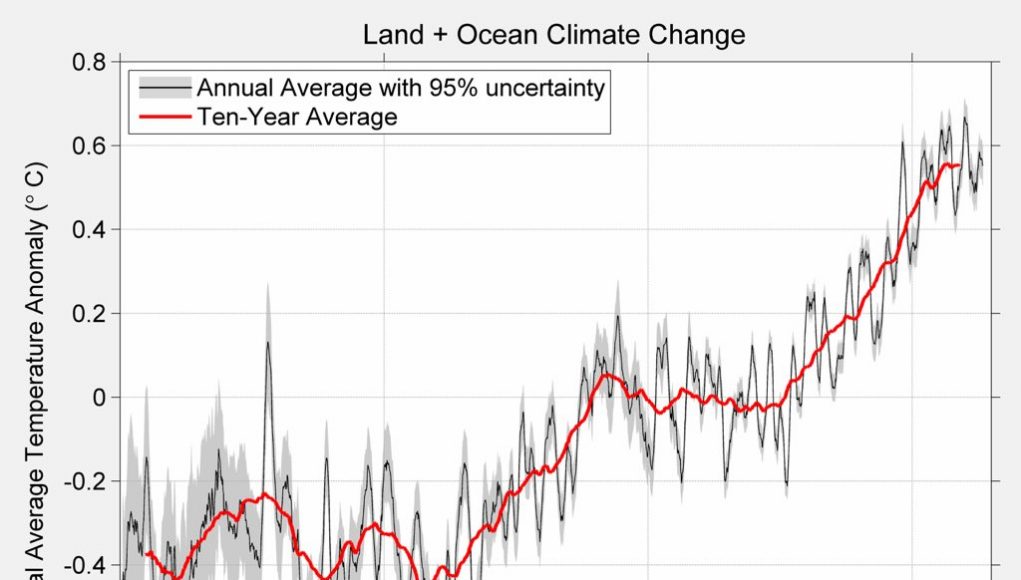 We live for the day when the world’s leading nations finally decide that global warming is, in fact, a “clear and present danger.” That day will signal the start of a massive undertaking to improve how we use the earth’s resources.

The decision to act may be closer than we think.

This week more updates to a stunning research initiative rattled the climate denier community. Partially funded by the climate denying patrons the Koch brothers, the Berkeley Earth Surface Temperature (Best) project added further evidence that the earth is indeed getting hotter. People and their activities are the cause.

Prof Richard Muller, a physicist and climate change sceptic who founded the project, said he was surprised by the findings. “We were not expecting this, but as scientists, it is our duty to let the evidence change our minds.” Here is what professor Muller’s research revealed: 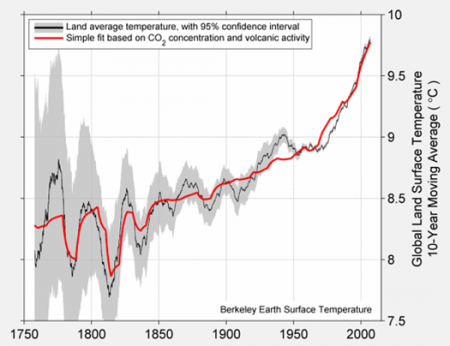 The annual and decadal land surface temperature from the BerkeleyEarth average.

Without intervention, Muller argues, in fifty years the world’s expanding economies will help drive global temperatures up another 1.5 degrees C. He then gets to the key issue.

“Science is that narrow realm of knowledge that, in principle, is universally accepted,” wrote Muller. “I embarked on this analysis to answer questions that, to my mind, had not been answered. I hope that the Berkeley Earth analysis will help settle the scientific debate regarding global warming and its human causes. Then comes the difficult part: agreeing across the political and diplomatic spectrum about what can and should be done.”

Political and social change is difficult especially when there are powerful, entrenched economic players who will do everything possible to resist the change that will reduce their future cash flows (think carbon-based energy co’s here).

Who Will Change Things Then?

While soaring temperatures are a global issue, their effects are felt on a local level. Because they don’t have to deal with the intricacies of macro economics, cities and towns have the ability to change more rapidly than do whole countries like Canada or China. So it is no surprise then that cities have long been at the vanguard of discussion on how to manage climate change (Do the terms Kyoto Protocol, Rio Earth Summit and Copenhagen Accord resonate with you?).

IBM, Siemens, Schneider Electric, Cisco Systems and other large infrastructure companies are actively pursuing relationships with municipalities in a concerted effort to roll out smart city solutions.  Will these efforts be enough to accelerate the massive shift in environmental policymaking required to fight climate change? We hope so, but without a game-changing energy technology—maybe even on the level of cold fusion—cities may be faced with a Sisyphean task of chasing incremental improvements that never quite keep up with the societal impact of rising temperatures.