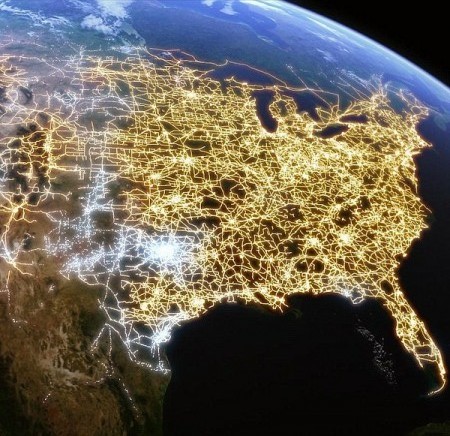 I find it interesting that this site changed the old meaning of “mesh” into an acronym that better represents the goals instead of the means.

The goal of my research is to change the way the Internet is structured. Achieving that end will make it faster, cheaper, and easier for Internet users. It may also change the way we design and build communities, both virtual and real.

I have been working on DASH7 (an open source wireless sensor networking standard) for roughly four years. “DASH7” is a low-power wireless standard that we adapted from technology used by US and US-allied militaries for transportation logistics management. The version available now is actually much better than the older mil-spec—Moore’s law is a wonderful thing!

Anyway, four years ago I would tell people in the industry that “mesh”—as it has been known traditionally—was a waste of effort. Most people thought I was crazy.

Alternatively, we were trying to build DASH7 into the most optimized “last mile” Wireless Sensor Network (WSN) system. The idea was that smartphones or cheap gateways plugged into commodity WiFi routers would be able to propagate the “last mile” data onto the internet-proper. Now, four years later, this architecture is winning.

However, a data API for last mile integration of Internet services with data collection services remains to be completed. I think Constrained Application Protocol (CoAP) is the best of these—maybe it’s even the only one so far. It was designed by guys with good academic credentials as well as years of real experience in the WSN industry. As a result, the feature set and underlying design philosophy are robust.

Another technology I’m bullish on is Near Field Communication (NFC). NFC—because it will change everything—has been resisted by a lot people trying to “cover their asses.” This is especially true in the US where NFC has the potential to dis-intermediate a few industry dinosaurs—namely, FirstData, Visa, and Mastercard.

The often-heard argument that there is no infrastructure for NFC is no longer valid.  NFC is ready.  Merchants love it because credit card processing in the USA (without smartcards) is an endeavor that requires partnerships with often self-serving monopolies (FirstData is a prominent force in the space).

I expect that NFC will end up being used for many more things than just financial transactions. It too has a simple API, mostly for chip-to-chip message passing, called NFC Data Exchange Format (NDEF). I expect that NDEF will also become a popular standard along with CoAP for moving Internet data through the last mile.

Finally, I like solar, and I like the idea of “swarm” computing. I’ve been spending the last several months designing a product that uses a small piece of solar film and a new type of thin battery that is ideal for pairing with energy harvesting. Solar is such a poor technology for grid power, and yet it is such a great technology for powering remote devices directly.

One of the design goals of DASH7 is to do computations to the endpoint that have so far been advocated to run “in the cloud.” The thing is, the groups behind “cloud services” are IBM, HP, Cisco… companies that profit from selling expensive datacenter products and services. Few people consider the energy cost of the cloud: the cost of the datacenters; the cost of the signaling; and, the cost of laying down copper wire that might not be needed. All of these elements leave an enormous energy footprint. Is there a real net energy benefit?

Rendering data services via “swarm” computing is much better suited to lower power consumption renewables. The device I’ve been building can last basically forever. It uses few materials, the materials it does use are low in metal content, and indoor light is enough to keep the battery charged. Yet it contains more compute power than a 486 PC. Think of all the things you could actually do on a 486.

My point is that the most efficient networking strategy of 2012 is to do as much computation as possible at each node, intelligently, in order to reduce the total memory requirement of the network and reduce the amount of signaling in the network.

In 1972, when the Internet was being designed, the exact opposite was the case. Cloud computing is architecturally identical to the way the Internet has always been. It’s time to consider different models for different times.

Combining solar with swarm computing would ensure viable communications continues even in the face of a natural catastrophe like the one New York City experienced last week.