Dan Hill’s thoughtful essay on the ARUP-led C40 installation in Melbourne last year explains, at least in part, why government tends not to embrace even the most self-evidently “smart city” solutions. Hill observes that governments see little benefit in empowering the public digitally:

And this is hugely challenging for clients (in this case, city governments.) When I noted earlier it could lead to a complete rethinking of what urban governance is, that’s the last thing they want to hear. What seems an appealing train of thought to the external designer is probably heading to completely the wrong station, as far as the client is concerned. Their life is going to get more fluid, more complex, more disruptive, even more responsive? No thanks. Short-term political concerns are far more powerful drivers in the first instance, as are realistic models given the higher investment (in every sense) required ‘when matter matters’, and this is something many working in and around urban informatics are yet to understand.

In today’s Toronto it would be impossible to convince the municipal government to do anything remotely outside of the norm when it comes to ITC-based solutions. Matter matters, and matter matters most when budget cutbacks are in play.

All is not lost. Hill also explains why persuasion plays a key role in the deployment of any good design, and it is up to the designer to be a salesperson, advocate, evangelist, and, on occasion, huckster (our word, not his). If you’ve seen the recent documentary on the team of Charles and Ray Eames you’ve seen this skill in action. In fact, we’d argue that every great designer has it or else they’d be unable to attract the resources needed to reach the top of their field.

MESH Cities lives and works in the realm of free markets and entrepreneurship. We believe in the persuasive ability of good design. If a solution is well done the public won’t have to wait for government to embrace it, the marketplace will. In time governments will follow. Let us give you an example. Many of our readers have heard of Adam Greenfield. Some would equate Greenfield with interesting but esoteric ideas about ubiquitous city computing. Governments, especially most North American ones, would struggle to digest, not to mention make use of a lot of his thinking on the subject.

Yet, and this is an important yet, Greenfield’s company Urbanscale has come up with a useful product that embodies his lofty vision for urban computing in a way even the slowest moving governments will appreciate. Greenfield describes the product this way:

We’re delighted to share with you the fruits of our first development effort: Project PERRY, intended to address some of the minor but real frustrations people experience with RFID-based stored value cards. . . But what if you had a way to know how much remained on your card before you hit the turnstile, and it didn’t require tapping on a reader? What if that information was presented to you in a friendly way, at a sufficient size that you could read it at a glance from across the room? . . . Urbanscale’s work on PERRY reflects our contention that the “smart city” can only reach its potential if based on thoughtful, human-centered design.

Urbanscale’s solution takes complex thinking about how IT can make cities better and applies it to the tactile skin of urban infrastructure. Will the public force governments to adopt this system—probably, as it seems so useful. 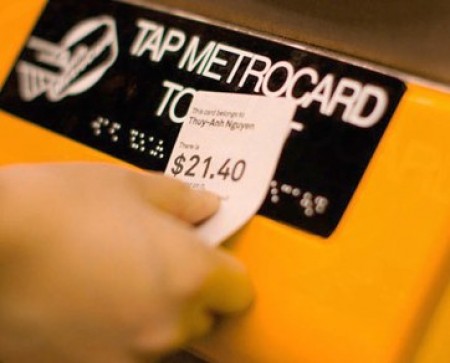 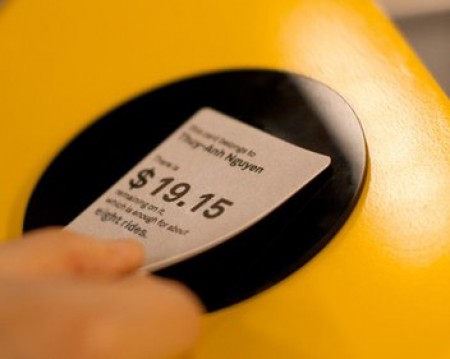 Adam Greenfield as designer is using his skills to do what is the take-away of this post. His solution’s elegance collapses the distance between idea and application. In achieving that, he also collapses the distance between policy-makers in government and the people who use the city. That is the model we as designers and inventors have to fine-tune if smart, sustainable cities can achieve their mission of responding to the world’s climate and population issues.