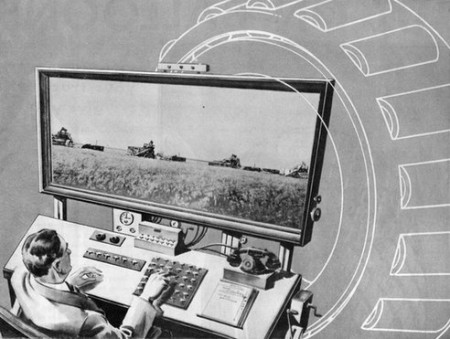 “I think there is a world market for maybe five computers.”?

“There is no reason anyone would want a computer in their home.”?

Never trust a computer you can’t throw out a window.

Making predictions about the future of technology is almost always a mug’s game. Even the people at the tip of the technology adoption spear get it wrong. Ask Thomas Watson.

So don’t be surprised to discover that when we start mashing up cities with machine to machine networks; energy management with end-user based micro-generation; and a plethora of other new smart tech combinations that affect the way people deal with their built environment, our market predictions will probably be as accurate as Ken Olson’s—if we’re lucky.

If you are you one of those talented engineers or designers whose company is intent on creating world-changing Smart Cities technologies, you might be thinking that I’m talking about the other guys.

If so, take a second to ask yourself: Is my team so excited about the power of our new, sophisticated products that we are forgetting about the people whose lives will be affected by them? Have we looked at urban inhabitants first and their needs, rather than designing technical solutions that are good for our internal corporate logistics but bad for just about every other meaningful human measure?

If you answered yes to the above, you may need a reminder that people don’t really want technologies if they can’t afford them, or don’t need to adopt them in the first place.

Here is an example of a traffic system that works pretty well without a lot of technical interference. Anyone who has done their share of travelling in the Third World has had this experience—witnessing people who self-organize and achieve efficiencies similar to and much less expensive than those offered by complex control systems.