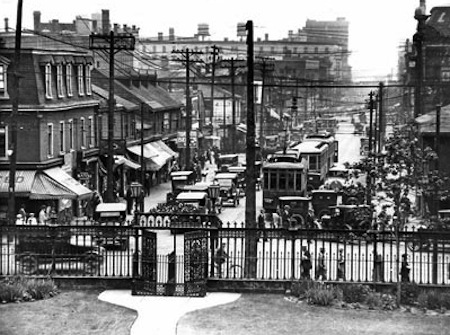 New York City, that bastion of free market, one-percenterism, released stats on what the public contributes to run their transit system and you’ll be surprised just how much of a pack of socialist do-gooders those Wall Street-driven bureaucrats are.

But before we let you know what New York pays to subsidize transit riders, let’s take a look at Toronto, Canada. That city funds its transit system by charging users approximately 70% of the total operating costs. That means riders pay just over a billion dollars of the TTC’s $1.45 billion costs.

Meanwhile, back in New York, transit riders paid 53% of their public transit costs—53%.

However, let’s not be too hard on lefty infested NYC. Compared to the other major urban transit systems in the US they demand the most funding from their riders. The average farebox recovery of US cities running both surface and subway systems is 38%.

Can you imagine what kind of an efficient transit system smart cities in general would be able to run if transit users contributed only 40% or so of the operating costs and surpluses could go into expanding and improving the network? Remember, in smart cities new, IoT systems will soon be making transit and road systems more efficient. That’s because of better data driven by Internet-aware sensors combined with enhanced route management algorithms.

The net benefit of more money combined with greater operating efficiencies will drive a transit renaissance. Fold that improved transit into decreased car use as a result of better car sharing systems and the city as an operating system will be re-imagined.