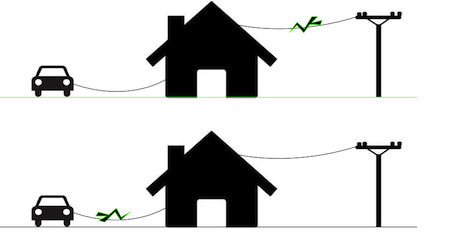 If you live in much of North America the weather this year has been volatile—to say the least. After weeks of hot, dry weather in Ontario, yesterday the skies let loose with a biblical torrent of rain causing localized flooding and power outages. Our neighbourhood went black for a few hours. Others parts of the city weren’t so lucky. They remain without electricity today.

24 hours into a blackout means all those frozen food items in your powerless fridge are beginning to realize summer is here and they’re ready for the BBQ.

But what if there were an easy, automatic way to manage those occasional power outages that even the best power grids suffer through. And what if that solution also offered safe, convenient, and clean transportation. Would you buy it?

After yesterday’s freak storm a lot of our neighbours are saying yes, where do we sign up? Our friends in Japan have an answer:

“If there is a power disruption, you can keep things running,” Ken Screbnik, vice president for strategic planning and business development for Nissan told ABC News. “Depending on the size of the home, the power from your car can be used to power your home for about two days.”

Two days!?! That would have got us through the big blackout of 2003. 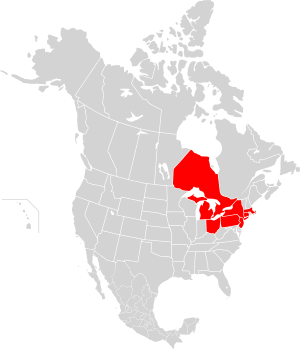 “Japan has really been on a fast curve because of the events of March 11 [2011], with the tsunami and the earthquake, when there was devastation, there was no way to get gas to gas stations and really there was a whole different look at electric vehicles, how they were able to work, and also having that comfort of this backup energy storage system in your home,” Screbnik said. “We were able to work with the government to provide subsides and really shape a business out of a tragic event.”

We’ve often noted on this site that crisis brings innovation and opportunity to cities everywhere. In Japan’s case the tsunami and nuclear crisis has forced industry to work with government to reinvent the way people thinks about their energy systems. We don’t have to keep repeating tragedies like Japan’s to change things though.

MESH Cities technologies like this one provide a bundle of convenient solutions meant to make modern cities more sustainable and livable. Consumers want them. So, what are we waiting for? Tell your city councillor and state or provincial representative that you don’t want to wait for a tragedy before upgrading the electrical grid to allow the same kind of energy solutions the Japanese are now rolling out.