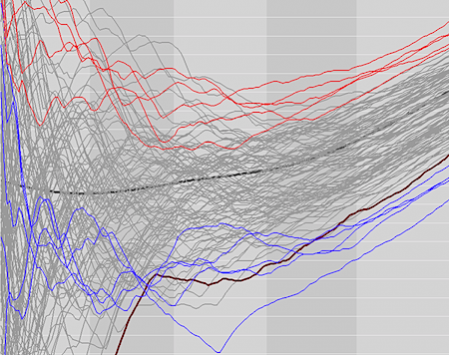 With a few simple but critical words spoken during his inaugural speech in 2013, President Barak Obama may have pushed North American politics past a tipping point on the journey towards sustainable, livable cities.

We, the people, still believe that our obligations as Americans are not just to ourselves, but to all posterity.  We will respond to the threat of climate change, knowing that the failure to do so would betray our children and future generations.  Some may still deny the overwhelming judgment of science, but none can avoid the devastating impact of raging fires, and crippling drought, and more powerful storms.  The path towards sustainable energy sources will be long and sometimes difficult.  But America cannot resist this transition; we must lead it.  We cannot cede to other nations the technology that will power new jobs and new industries – we must claim its promise.  That is how we will maintain our economic vitality and our national treasure – our forests and waterways; our croplands and snowcapped peaks.  That is how we will preserve our planet, commanded to our care by God.  That’s what will lend meaning to the creed our fathers once declared.

Why are his words so important?

A few years ago I was in Nanjing speaking at a Green Technology conference hosted by the Chinese government in partnership with New York University. My topic was the systemic financial changes then being made in the US to fund a nascent clean-tech sector fueled by the need for smart, sustainable cities. The Chinese delegates–many of whom were senior government people–showed a special interest in the concept. The reason? That country’s leaders were making the single largest investment in building the cities of tomorrow the world had ever seen. And they wanted those cities to be both smart and green.

Since then China has invested $billions to make their massively changing cities global leaders in the great march towards sustainability. This policy decision has been good for their economy. Have you noticed?

Across the Pacific, the global financial meltdown of 2008 set North America back a decade–costing its leadership role–in building the new IoT, M2M, and cleantech-based urban economies. The reasons for the delay are understandable given Obama had to “triangulate” through an unprecedented financial crisis while negotiating two unwinnable wars.

Yesterday Obama sent a signal to his government and the governments of aligned trading nations that the US must make this economic shift if it is to regain the mantle of global innovation leader. It will take some time for that signal to work its way through a governing infrastructure that has been on its heels for most of a decade. But it will take hold. At least we hope so.

If the US fails in this mission then it will fail economically. Its cities will crumble. After listening to Obama, MESH Cities does not believe that will happen.