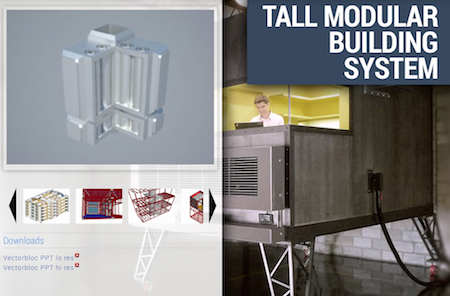 Here is the problem: Big cities and the buildings that make them up are anything but energy efficient, let alone responsive. The vast majority of today’s existing buildings are giant heat sinks radiating expensive energy into the cities that house them. The reason for this is simple. More than fifty percent of North American buildings have no meaningful insulation in their cladding systems. They are energy sieves. And because recladding or replacing these buildings is expensive, they will be part of our urban landscape for a long time to come. What a waste of resources.

“A big part of the problem is in the way we build,” according to construction expert and Vector Praxis founder Julian Bowron. Even seemingly well-constructed, modern buildings rely on assembly methods that are in themselves inefficient–even down right antiquated–argues Bowron. To compound the city-corroding, energy inefficiency of some buildings, city managers also spend too much time and allocate too many city resources to building projects during the construction process itself. Ask any big city dweller how often they have to deal with roads either blocked or closed altogether for months or even years to accommodate the urban space-hogging needs of constructing one new office tower. Cities and their users suffer from inefficient and/or slow construction methods.

Faced with the challenge of all this inefficiency, Bowron wondered if he could design a system where components are built to the highest environmental and engineering standards offsite then quickly assembled in place–all with a minimum of urban disruption. The system must allow more designer customization than traditional modular systems on the one hand, and on the other avoid the embarrassing misalignments modular buildings often suffer from due to accumulated tolerance errors during assembly. 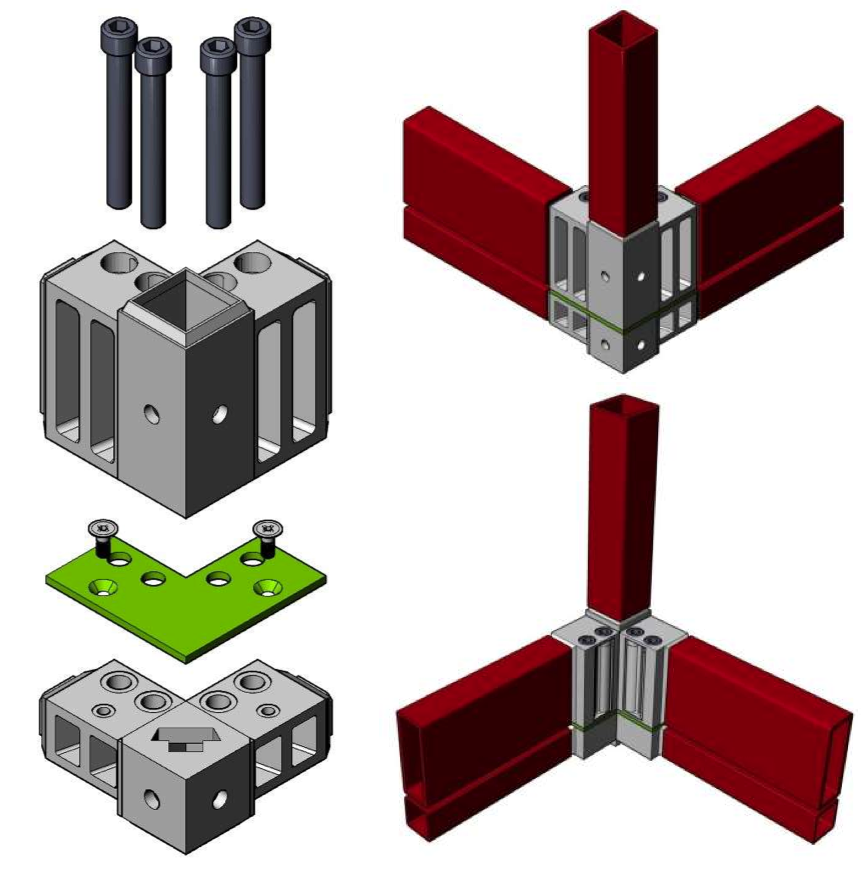 Bowron’s answer is the Vectorbloc solution. Boasting the latest in CADCAM-based design, Vectorbloc unites four distinct but interdependent manufacturing processes into one unitary whole. At the system’s core reside super-strong connectors that are the LEGO blocks of the solution.  Then, borrowing from aircraft construction where massive jigs bring thousands of parts together accurately, the Vectorjig system brings mission-critical tolerances to the building industry. 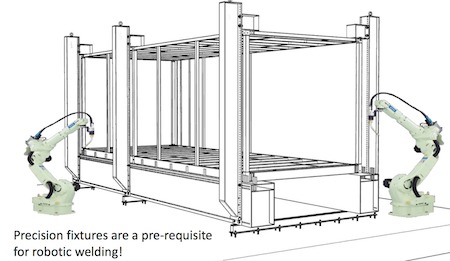 But what do you do with these inherently strong, well designed modules when they arrive at the building site? Traditionally they’d be hoisted multiple floors using a lot of human power together with a big crane. Then would begin the laborious and none-to-accurate process of dropping the building section into a structural system. Vectorbloc includes a dedicated rigging system that simplifies the module hoisting process. As a result, pieces snap together with little need for expensive site adjustments.

Finally, the integrated Vectorsight surveying, levelling, and safety system ensures that every module is exactly where it is supposed to be so cumulative errors are eliminated. What’s the end result of these systems working together? Buildings are energy efficient with tight building envelopes. They are also built two to three times faster than traditionally constructed buildings. Even more impressive, the Vectorbloc system can be used on existing high-rise buildings to replace obsolete cladding with state-of-the-art, LEED compliant solutions.

Vectorbloc may well be the first step towards making a MESH City as efficient and responsive as the information infrastructure running it. Forget making city buildings energy efficient in three generations. Now we have a way to tackle the problem in one. Our cities’ wait may just be over.