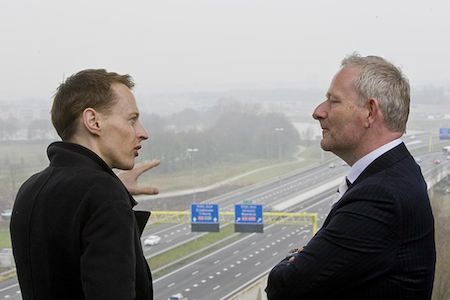 In North America highways are designed by engineers. Period. Sure, there are some engineers who also are artists, but federal, state, and municipal governments don’t want their highways to be works of art. They want low cost and functionality. Form follows function. And it isn’t pretty. Often it is not very efficient either. The horror.

Studio Roosegaarde and infrastructure management group Heijmans joined forces to reinvent that country’s highways by making them more efficient by being responsive and beautiful. Imagine a highway that tells you when there is ice on the road, or demarcates its lanes at night with photo-luminising paint. How about a highway that can automatically recharge your electric car as it moves along at autobahn speeds? Forget those fifty kilometre trip limits. Paris anyone? 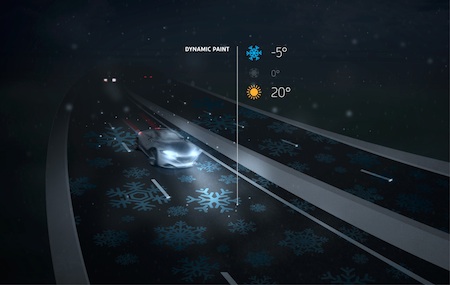 “Research on smart transportation systems and smart roads has existed for over 30 years — call any transportation and infrastructure specialist and you’ll find out yourself,” says Studio Roosegaarde. “What’s lacking is the implementation of those innovations and making those innovations intuitive and valuable to the end-consumers — drivers. For this, a mentality change needs to take place within a country and its people, but also within a company such as Heijmans.

“This is a story that goes beyond the ‘Smart Highway’ as such — it’s about the fact that Heijmans and Roosegaarde are not going to wait any longer for innovations to find their way through the political system, but will start building this highway now.”

All together, the studio has around 20 ideas that will eventually be rolled out and it has had inquiries from countries across the globe . . .” 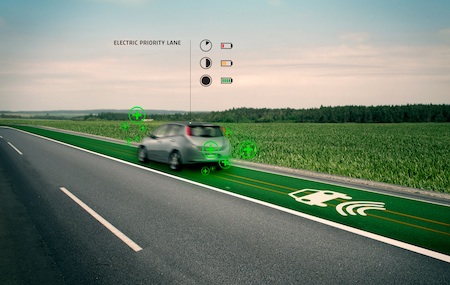 Induction coils recharge batteries on roads of the future.

You can find more projects by Studio Roosegaarde (named after founder Daan Roosegaarde) at maps.meshcities.com here, and here, and here (and remember to download our MESHCIties iPhone App so you can add your city-changing discoveries on the road).